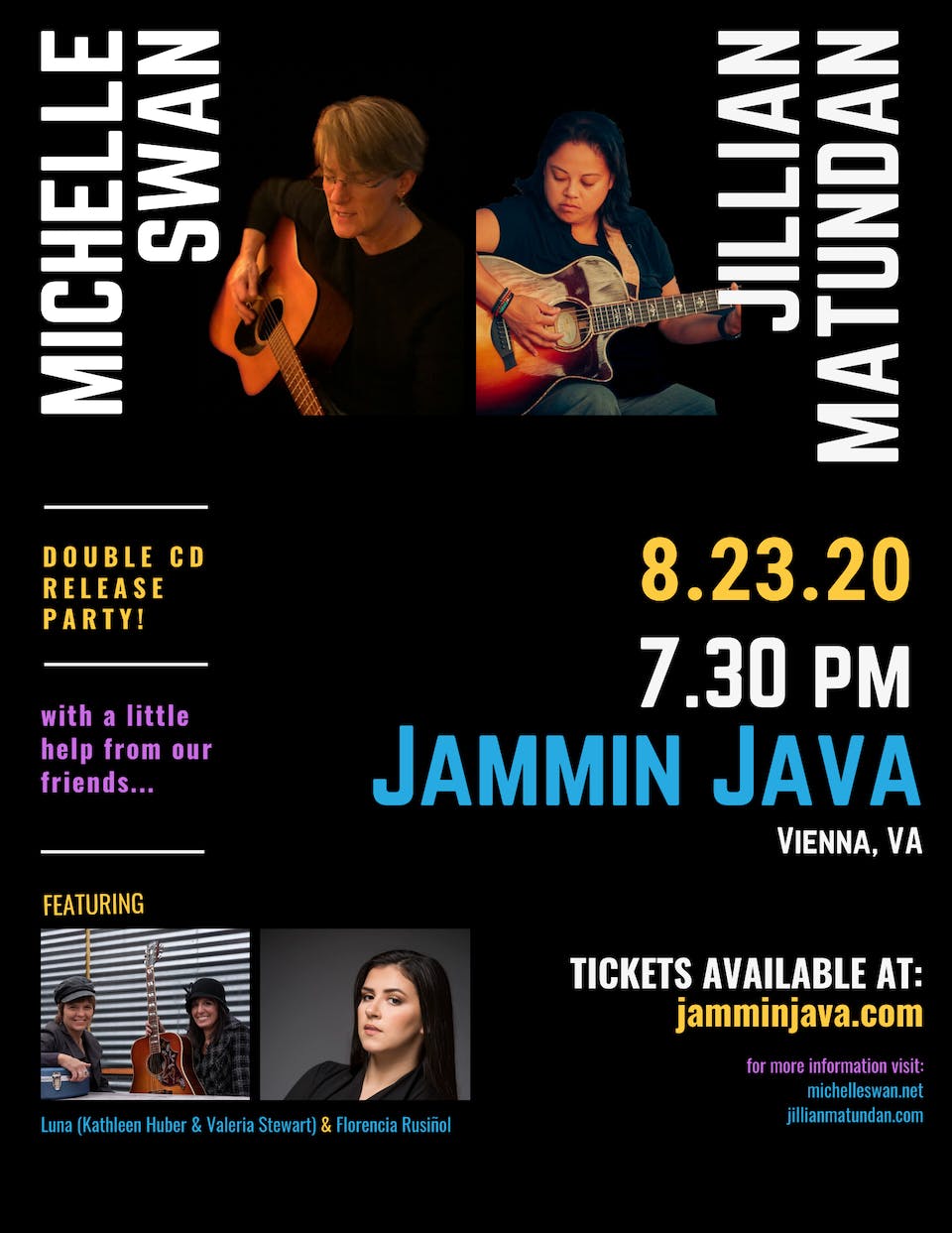 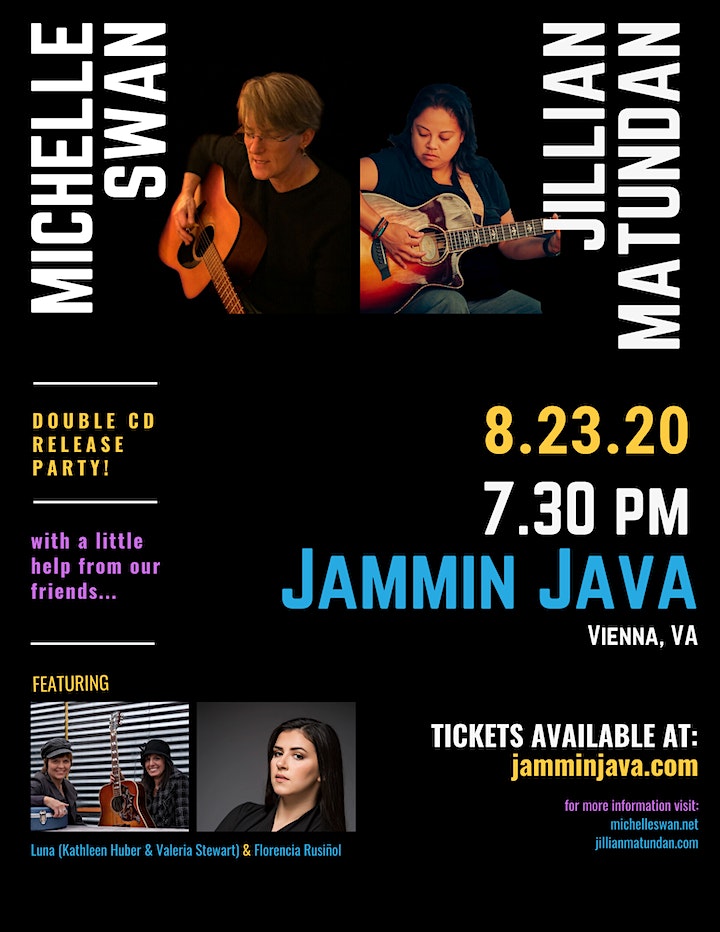 Join area award-winning local musicians, Michelle Swan and Jillian Matundan “With A Little Help from Our Friends" at Jammin Java for a double album release party on Sunday, May 31. They will be joined by the award winning duo of Kathleen Huber and Valeria Stewart, Luna, as well as up-and-comer, Florencia Rusiñol and some other recognizable local area musicians in what promises to be a special night of collaboration and music.

Michelle Swan was introduced to the guitar at age nine by her father, also a singer/songwriter, and has pursued a musical path ever since. After studying classical music and clarinet performance at Towson State University, Michelle entered the DMV folk music scene in 1990, performing at local open-mics and coffeehouses. To date, her professional performances number in the hundreds. Self-reflective and acutely observant, Michelle deftly weaves lyric and note together to create intensely personal songs that tell of sentiments and circumstances nonetheless familiar to everyone. She is celebrating the long-awaited release of her third CD, “I Feel” and is excited to bring together this group of women and musicians to perform it.

Jillian Matundan is a multi-instrumental local singer/songwriter who has been on a tear since emerging on the local scene. Her music is a blend of her favorite acoustic, rock, indie, and folk inspirations that influence her unique sound. After a fifteen-year hiatus from writing and performing music, Jillian began playing solo at local open mics in 2019, becoming the Vienna Idol 2019 runner-up and winning two 2019 Mid-Atlantic Song Contest awards along the way. She is over the moon to be releasing her debut EP, “Hangin’ On”.

Both Swan and Matundan worked with Arlington-based, Wammie Producer Emeritus, Marco Delmar from Recording Arts on their new albums.

Luna is the dynamic singer/songwriter duo of Valeria Stewart (The Stewart Sisters, Another Place and Time) and Kathleen Huber (The Northbrooks, Yes, Yes and Song Garden, Bluebird Dragonfly). Their passion for songwriting is evident in their thoughtful, welcoming, and beautiful music. Despite only beginning their collaboration in 2018, they recently won five 2019 Mid-Atlantic Song Contest awards.

Florencia Rusiñol is a a life-long singer and songwriter that recently relocated to Northern Virginia, but for the last years has been performing throughout the Americas. She released her debut EP in 2018, which can be found on Spotify, Apple Music, and any other music listening platform.