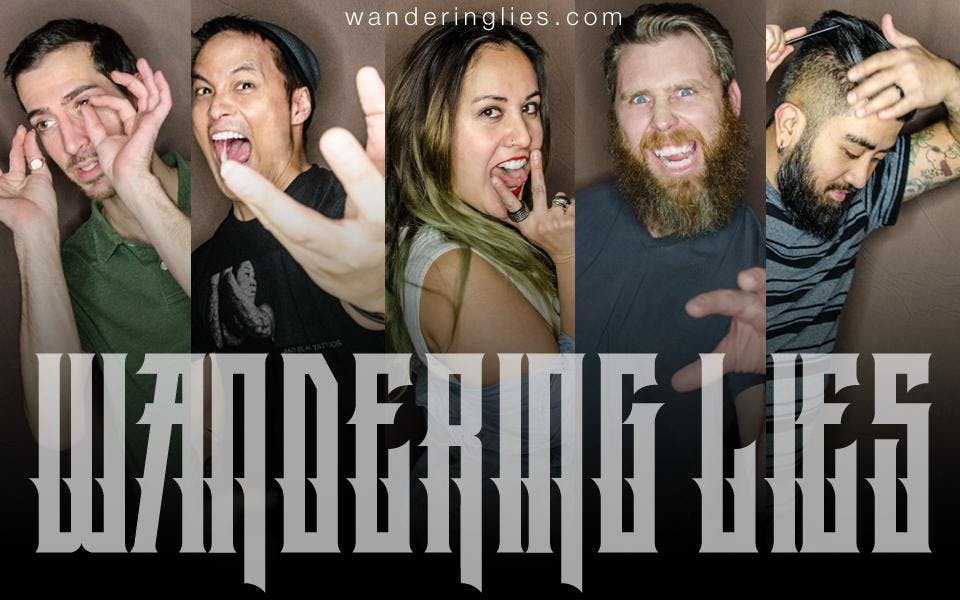 Wandering Lies is a female-fronted rock band based out of the Washington, DC Metro area. By combining their do-it-yourself work ethic, and unwavering dedication with a signature sound, singer Angie Pepa, rhythm guitarist Noli Conty, lead guitarist David Chaletzky, bassist Myk Menez, and Drummer Jason Brooks are paving their own road to success.

Wandering Lies has been featured in Northern Virginia Magazine, Artists Reach, and Sea of Tranquility.

"The glory days of female-fronted Grunge and today’s more appealing Alternative/Rock efforts has made an epic crossbreed under a group collective called Wandering Lies. This band brings all the goods: exceptional songwriting structures, non-repetitive vocal rasps and lyrical outbursts, grungy and crunchy guitar riffs and Amp EQs, and apresence and sound that is the farthest thing from a letdown. If they stick to this signature sound, then they have no worries in the least. Because a band with a sound like Wandering Lies is a rare find, and a real gem of a discovery; and I can’t stress that enough." --- Justyn Brodsky, Artist Reach

There's a rare but rewarding treat for music scribes: Very occasionally we'll witness a garage band that actually grows into a remarkably mature act with a dedicated following and the potential to move into the big leagues. From the beginning Wandering Lies has worked relentlessly to perfect their craft – rethinking and reworking and refining their all-original tracks, yet never losing the passion and the raw emotion that was their genesis. The result is an act that must surely be on the brink of considerable commercial success. The style is a grungy, female-fronted, alternative rock. There's an organic 2-guitar / bass / percussion lineup with no keys and, mercifully, no electronica. At the heart of the music is front-woman and occasional third guitarist Angie, whose heart is unashamedly exposed on her sleeve and whose raw expressive delivery defines every track. Key to the instrumentation is a drum-tight rhythm section, offset with pleasing solos and fluid guitar work. It's a timeless classic sound yet Wandering Lies manages to keep it relevant to the modern era. The garage band has emerged from its chrysalis. The songwriting is solid, the EP is professionally engineered, the band's stage performances are impressive, and the sum of the parts is a rewarding listen that will please discerning music fans. Don't be surprised if you see Wandering Lies in a stadium near you sooner than later. -- Duncan Glenday, Sea of Tranquility