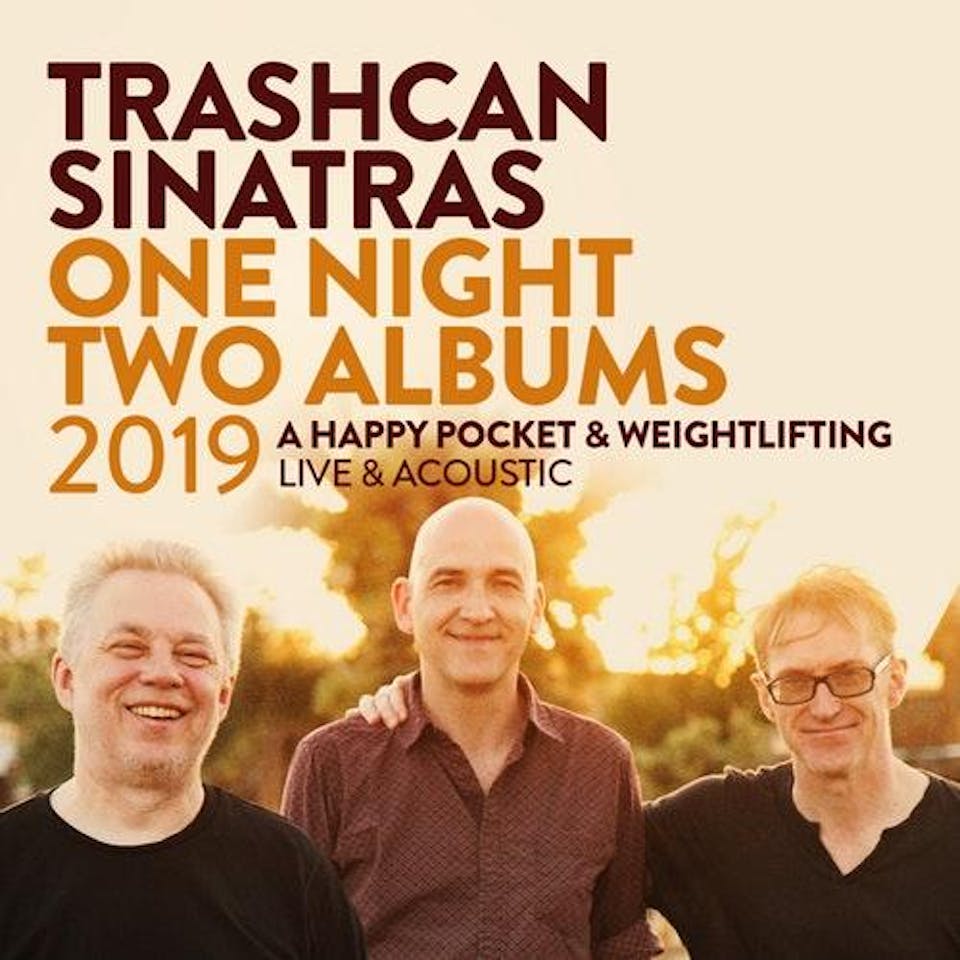 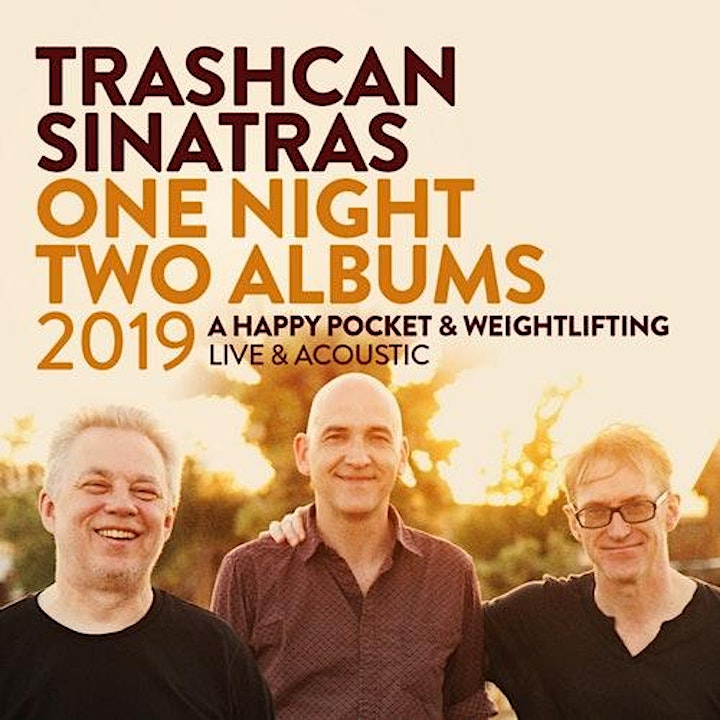 Trashcan Sinatras were formed in 1987 in the coastal town of Irvine, Scotland, by John Douglas, Paul Livingston, David Hughes, Stephen Douglas and Francis Reader. Quickly signed to esteemed British indie label Go!Discs, the group used its label advance to set up their own recording studio, Shabby Road, in nearby Kilmarnock, where they settled in to create three critically- acclaimed albums.

The first of these, Cake, was released in the summer of 1990 and featured debut single "Obscurity Knocks" and its follow-up “Only Tongue Can Tell”, both of which became alternative radio hits in the USA, and introduced the group to what has become a loving and loyal fan base around the world. Their beloved second album, I've Seen Everything, came along in 1993, preceded by the lauded single “Hayfever.” The group’s next album, 1996’s self-produced A Happy Pocket, featured four singles, including the band’s much-loved cover of "To Sir, With Love".

After leaving Go! Discs in 1998, the group kept a low profile until the release of their fourth album, Weightlifting, in the autumn of 2004. Extensive touring in support of that album followed, with shows in the UK, Europe, USA, Japan and Australia. In winter 2007/2008, they record a fifth studio album, In the Music, at Stratosphere Sound in Manhattan and on Martha's Vineyard. The group celebrated the album’s release in 2009 with concerts and promotional appearances over the next two years in the United States, Japan and the United Kingdom. It was during the In the Music tours that the band began playing “house parties” for fans, which have since become a staple of their touring schedule.

In early 2015, the group set up camp with producer Mike Mogis (Bright Eyes, Justin Townes Earle, First Aid Kit, Rilo Kiley) at his ARC Studios in Omaha, Nebraska to record their sixth LP. Released in April 2016, the album, Wild Pendulum, received a warm welcome from music critics and fans. The A.V. Club said “Wild Pendulum is lovingly crafted, with layers in all the right

places,” while Allmusic exclaimed the album is “quite likely the best sophisticated guitar pop album anyone is likely to hear in 2016.” The band returned to the road for the first time in five years, supporting the release with concerts in the United States, Scotland, England, Ireland and Japan.

Paul, John and Francis hit the road as a three-piece unit in September 2017 for a six week acoustic tour of North America, playing nearly all of the 100+ songs they had written together over the last 30 years. The tour included sold-out shows in New York City and Los Angeles, amongst others, and was capped off with a second sell-out in Los Angeles, where the group filmed the show for a live CD/DVD, All Night In America (released in October 2018).

Trashcan Sinatras toured again in 2018, in both their acoustic and full-band configurations. A 30 date North American acoustic “One Night, Two Albums” tour, where they played Cake and I’ve Seen Everything in their entirety, was followed by a full-band supporting slot in the UK with Del Amitri, as well as their own headline shows in the UK and elsewhere.

In 2019, the band is beginning the creative process for a new album, while its acoustic lineup reprises the “One Night, Two Albums” tour concept. Spanning North America for six weeks in the Fall, the band will play both A Happy Pocket and Weightlifting (celebrating its 15 year anniversary) in their entirety.