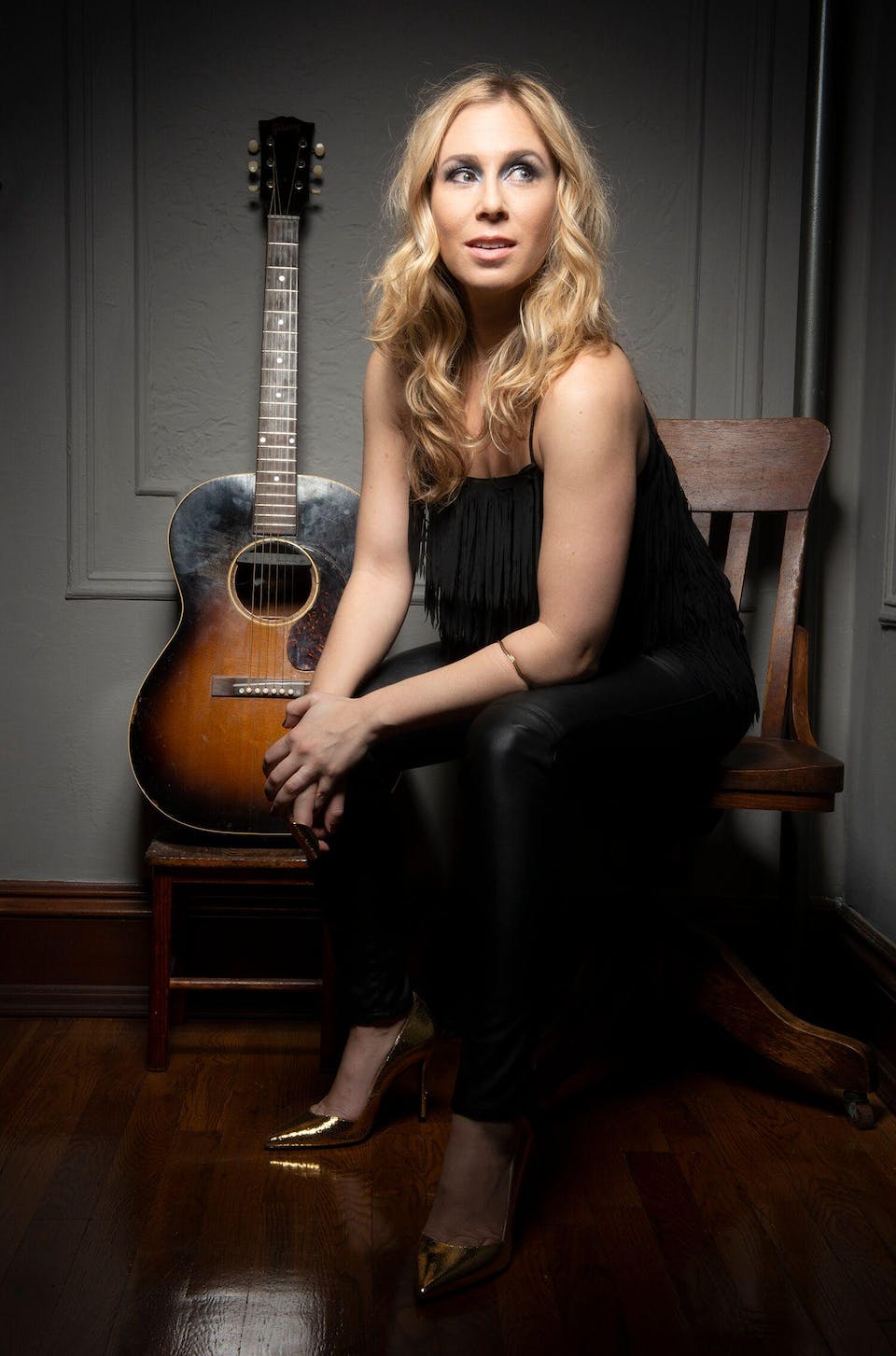 In a crowded social-media driven marketplace, Toby Lightman's pure and soulful voice connects with listeners emotionally and cuts through the noise. People Magazine agrees, stating that “Toby Lightman continues to shine a light on her knack for making rich, soulful pop”. In the 15 years since signing with a major label, Toby has developed and mastered her own sophisticated and unique urban pop sound.

Classically trained on the violin and self-taught on the guitar, Lightman was unaware of her vocal talent until high school. Her first solo appearance was singing Simon & Garfunkel’s “Bridge Over Troubled Water” at her high school graduation to 2,000 friends and family who were unaware that she harbored such talent. The overwhelming reaction from the crowd was what propelled her to buy a guitar and begin her journey as a recording artist. Lightman moved to New York City after graduating from University of Wisconsin, and signed a record deal with Jason Flom (Matchbox 20, Lorde, Jesse J) President of Lava Records with only 3 songs written.

Thrust into the spotlight, her debut album Little Things appeared on the Billboard Top 100 in its first week and gave way to comparisons to sultry songstress' like Lauryn Hill, Sheryl Crow and Norah Jones. Darling to the normally harsh critics, Lightman received high praise from magazines like Rolling Stone, People, Billboard and others, which led to appearances on Letterman, Carson Daly, Conan, CBS Morning Show and more. Her second record, Bird on a Wire(2006), helped lead Lightman to enormous success in the film and TV industry with the single “My Sweet Song” being featured in the movie PS I Love You, starring Hilary Swank and Gerard Butler. She began and has continued to tour extensively, both solo and sharing the bill with renowned artists such as Rob Thomas, Jewel, James Blunt, Gavin DeGraw, Train, Marc Cohn, and one special evening opening for the legendary Prince, an artist that Toby grew up idolizing. Prince happened to be watching the night Toby appeared on Conan and was so impressed with her performance he invited her to open for him.

Since breaking away from the politics and constraints of corporate record companies, Lightman launched her independent record career with her self-released album, Let Go, in 2008. The title track was picked up by Home Shopping Network for use in the network's marketing campaign, with promos featuring the song airing on dozens of television channels for six months. She was then asked to sing the theme song and appear in the opening video for NASCAR on Fox, as well as a string of other collaborations including a brief stint on Broadway. “Being an independent artist in today’s music business can be a scary and daunting thing" says Toby, "but getting constant positive feedback that people are into what you're doing inspires you and keeps you going. I've been lucky to get that feedback and it’s encouraged me to take more chances." To that point, Toby has enjoyed tremendous success licensing her music for placement in film and TV, with credits including commercials for Microsoft and KMART, as well as her songs placed on episodes of Desperate Housewives, One Tree Hill, Vampire Diaries, 90210, The Fosters, and many more.

Toby is currently producing her new recordings entirely on her own, playing all of the instruments and mixing the tracks as well. She was inspired to do this by the passing of one of her idols and direct mentors, Prince. Toby’s current single "Spaces", is the first track that Toby has self-produced. “Spaces” is the beginning of a journey into a more personal time for Toby, written about the desire to fill the space between one and one’s goals; whether that be a love, a dream or just to stay strong in hard times and get to the other side. These songs represent and were inspired by Toby’s desire to get pregnant, something she had to struggle to accomplish. "These songs are extremely personal to me as they are what came out of a hard battle with infertility. I wanted the song as well as the production to be 100% from me and it is.”

Thankfully, after a long road, Toby gave birth to a beautiful baby boy named Leo Cash. She then produced a first collection of lullaby songs for him and called it “When The Lion Sleeps - Modern lullabies”; the record is a combination of cover songs and one original.

Toby Lightman’s story is still being told, and she will be touring in support of new, deeply personal music in the months and years to come.