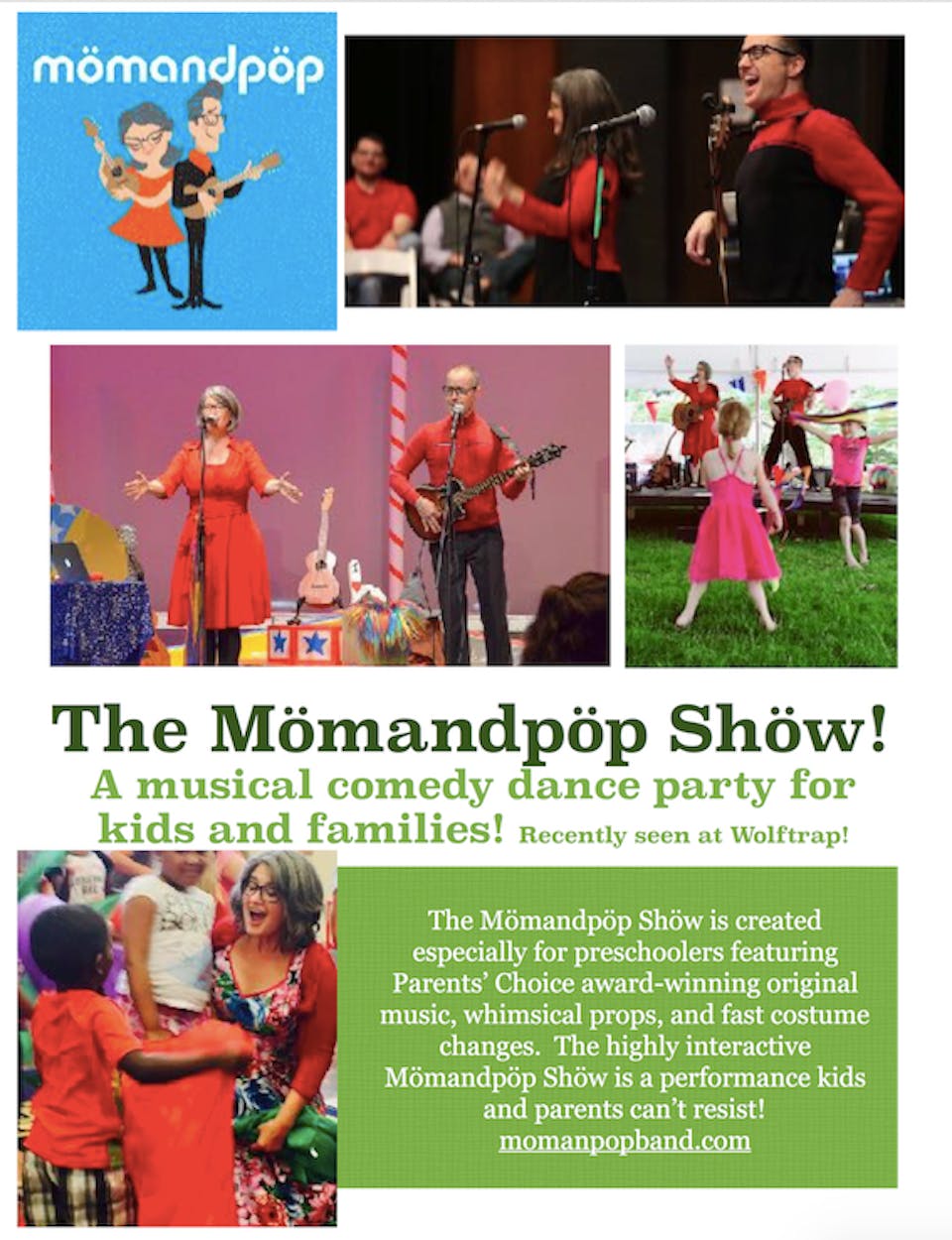 Mömandpöp is the brainchild of former punk rocker Bobby Matthews ("Trusty," Dischord Records) and children's theatre artist Virginia Ralph. After nearly 18 years in separate careers the married couple joined forces in 2015 to write their first CD, the self-titled "Mömandpöp." Since that time they have released a second CD, "Look Closer," they've won two Parents' Choice Awards, had a number one chart topper on Sirius XM, were featured artists at Wolftrap's Theatre-in-the-Woods series, performed for more than 5,000 children, and have been selected to be showcase performers at this year's Kindie-Comm in Philadelphia.