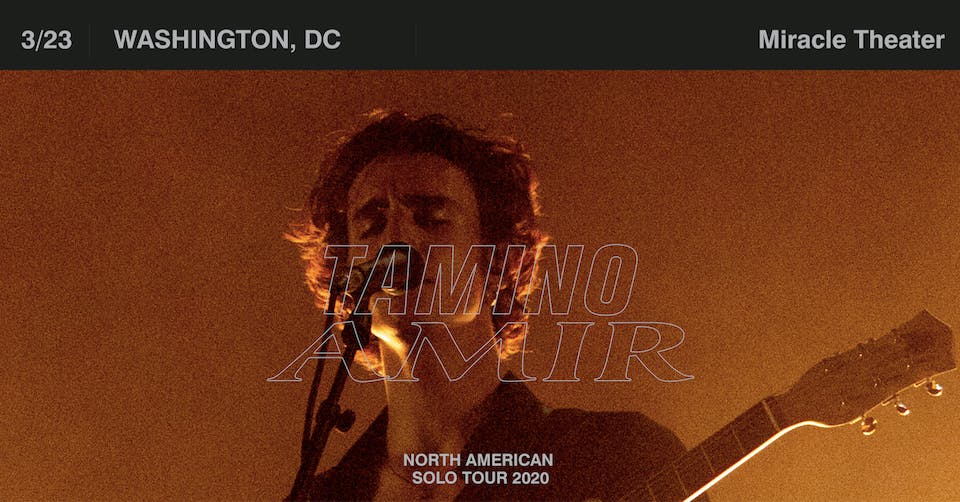 Of Belgian, Egyptian and Lebanese heritage the 21-year-old musician has written and shaped an album of startling, visceral, sit-up-and-listen power. “Amir” features a handful of tracks from his debut EP, “Habibi” including Indigo Night which features Radiohead’s Colin Greenwood on bass guitar. Although the majority of the playing heard on “Amir” is Tamino himself, he is joined by a collective of Arabic musicians based in Brussels called “Nagham Zikrayat”. The Firka (orchestra) is predominantly made up of professional musicians from the Middle East, most of which have refugee status having predominantly fled from Iraq and Syria.

Over the course of “Amir”, Tamino captures a range of emotions from romance to desolation, and almost everything in between. It’s mood music, painted in a number of different shades.

Tamino: “Some of the songs on “Amir” are more on the romantic side, whilst others are more on the apathetic side. In my own life, I can look at the world and at life in both ways depending on my state of being. The conflict creates an imbalance. “Amir” is about balance” 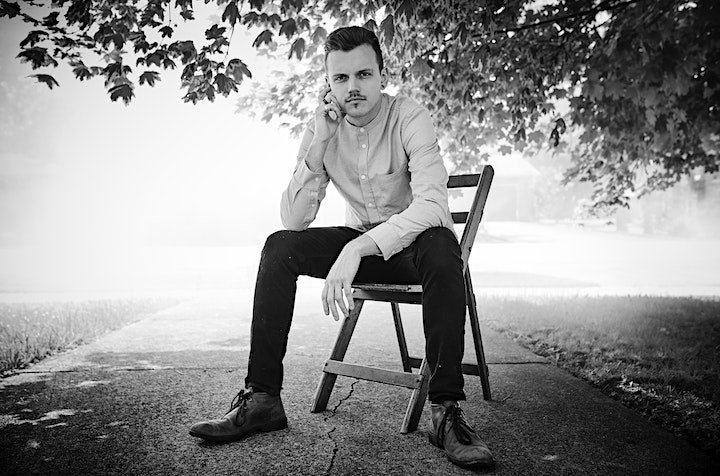 As an acclaimed avant-folk artist based in Toronto, Mappe Of (aka Tom Meikle) is well aware of his good fortune. He’s been free to pursue his passion in one of the most liberal, culturally diverse cities in the world, and he recognizes his life has been spared the daily struggles and indignities faced by society’s most vulnerable communities. But as he established on Mappe Of’s 2017 debut, A Northern Star, A Perfect Stone, Meikle is a songwriter striving for deep emotional connections with his listeners, and it’s impossible to do that in 2019 without confronting the fear and distress hanging in the air. But rather than go the typical folksinger route and make a record that explicitly addresses the state of the world, he’s responded with a modern progressive album situated in a universe of his own creation: The Isle of Ailynn.

The Isle of Ailynn is conceptual by nature, but rather than overwhelm you with a front-to-back narrative song cycle, its nine tracks more closely resemble levels in a videogame, each representing a distinct, discrete environment that exists within an overarching ecosystem. And for Meikle, songwriting was as much a visual as musical experience.

Through that process, Meikle didn’t so much build upon the foundation of his debut album as bulldoze it completely. In hindsight, A Northern Star, A Perfect Stone was less a premeditated album statement than a compilation of the tracks Meikle had stockpiled during his transformation from teenage metal guitarist to young-adult indie-folk troubadour, presenting us with a songwriter who seemed eager to follow Fleet Foxes and Bon Iver to their proverbial cabins in the woods. Released through Paper Bag Records, the album earned accolades on both sides of the border (including praise from Stereogum, Consequence of Sound, and NPR’s All Songs Considered) while racking up over 5 million streams on Spotify and Apple Music. But as he was given the opportunity to perform before larger audiences (showcasing his versatility by touring with everyone from roots-rock stalwarts like Martha Wainwright and Bahamas to experimental pop artist SYML), the seeds for the second were already being sown -- and from the outset, it was clear the next album would be an entirely different beast.

By creating his own fictional universe -- one that’s been brought to life through illustrator Quinn Henderson’s accompanying artwork for each track -- Meikle was able to expand the parameters of what Mappe Of could be. Recorded at The Tragically Hip’s Bathouse Studio with long-time collaborator Will Crann and veteran engineer Nyles Spencer (Broken Social Scene, Gord Downie), The Isle of Ailynn upends Mappe Of’s guitar/piano/drums template with an avalanche of synths, flute, clarinet, brass, and strings. Each track is an intricate, Jenga-like assemblage -- delicately rendered but densely layered, ascending triumphantly skyward while perpetually teetering on the brink of collapse.

But for all its compositional complexity, The Isle of Ailynn ultimately centers around the essential quality that drew so many to Mappe Of in the first place: Meikle’s voice. Comforting and ghostly in equal measure, it’s the beacon that guides you safely through Ailynn’s topsy-turvy topography, while drawing out the topical IRL resonance from the album’s fantastical backdrops.

“I never set out for you to think on a surface level, ‘Oh, he’s addressing environmentalism in this song,’” Meikle says. “But for me, through the process of writing, it was necessary for me to connect to these real-world issues that I was struggling to sort out in my own head. And this fantasy landscape gave me creative freedom to explore those ideas. World-building is not about escapism -- that’s something I’ve struggled with a little bit, because it’s not like I’m saying, “here, here, everybody escape, you can run away from it all!” It’s more about confrontation through escapism.”

And as The Isle of Ailynn affirms, sometimes you need to go somewhere make-believe to feel what’s real.