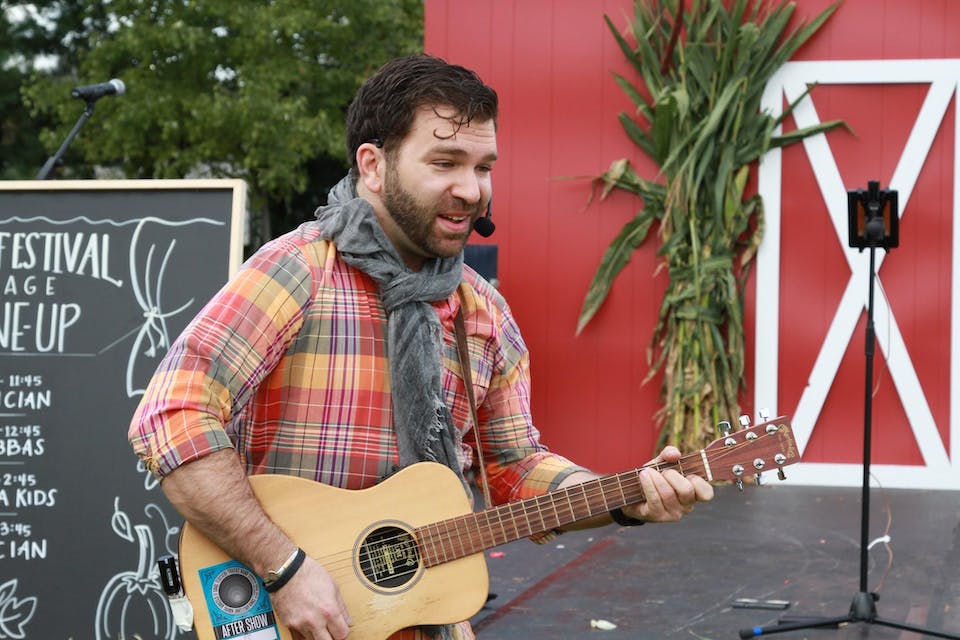 Can Danny Come Out And Play?

Danny Schwartz is a life long musician born and raised in the Washington DC area. Danny has played in bands of nearly every genre. The one he takes the most enjoyment from is playing music for kids. From 2010-2012, Danny played children's music character Ryan Buckle. Ryan's songs educated and familiarized young children with basic science concepts using a combination of songs and simple experiments.

Danny has also performed as a side man for other children's superstars like Barry Louis Polisar, Robbie Schaefer, The Grandsons Jr., Keith Munslow, and the mighty Rocknoceros. When Danny is not performing music for children and adults, he can be found at Jammin’ Java, Union Stage, and The Miracle Theater where he serves as Production Manager.