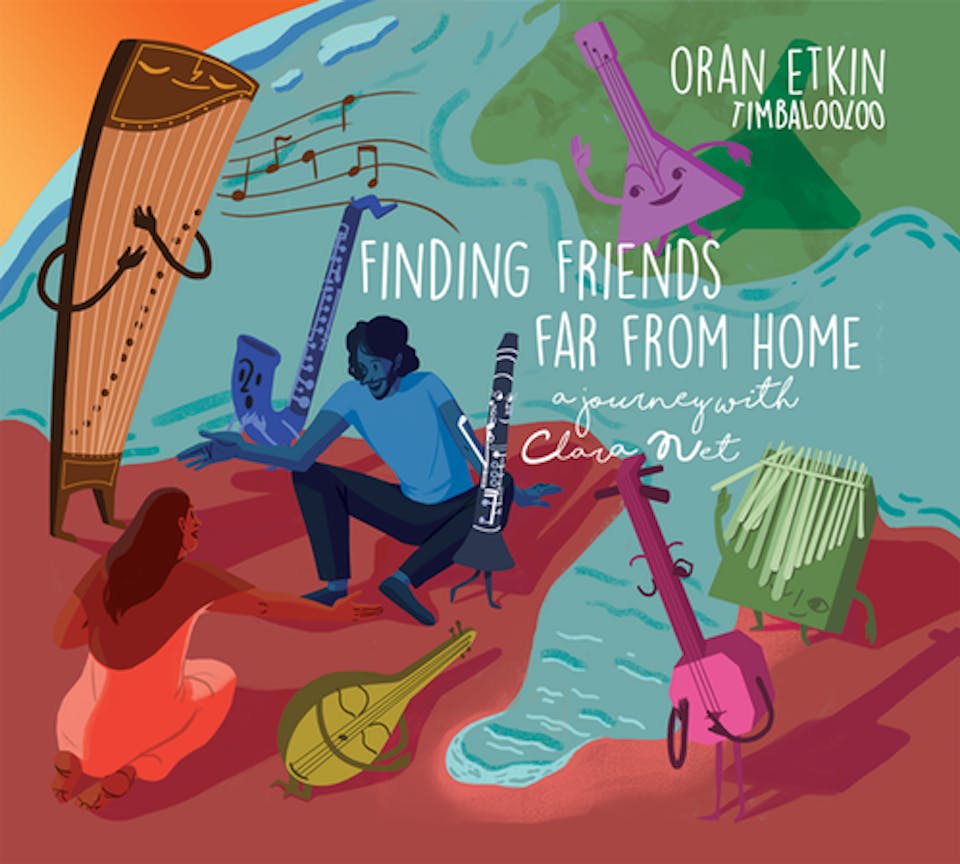 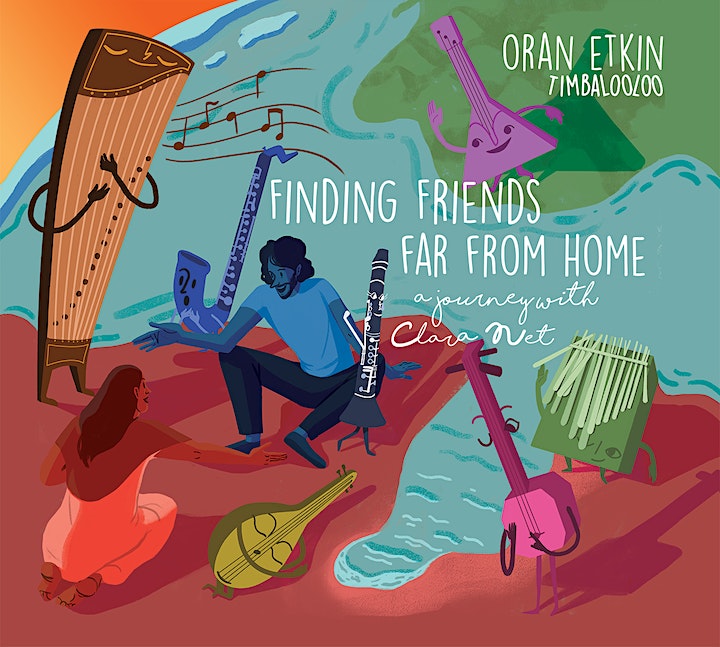 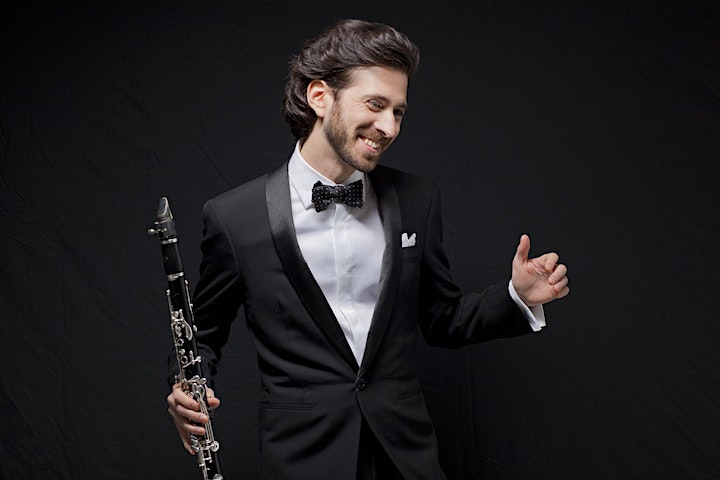 Recorded and filmed on location in Zimbabwe, Turkey, Czech Republic and China with masters of each country’s traditional music, Finding Friends Far from Home is an ambitious audio-visual project born out of Oran Etkin’s belief in creating deep musical connections across cultural boundaries.

Voted #1 Rising Star Clarinetist in Downbeat Magazine’s Critic’s Poll, Oran Etkin is regularly invited to perform at major international festivals and venues. With this project, he has reimagined how touring can become part of the creative process: taking time off between shows to live with traditional mbira masters in Zimbabwe, building collaborative projects with Roma (Gypsy) musicians in Czech Republic and gathering the fruits of these and other global collaborations into a family-friendly album that tells a tale of friendship and understanding through the eyes of the instruments themselves.

Over the course of 15 tracks, Oran and his friend Clara Net (his clarinet) travel the world, making new instrument friends like the mbira, kopuz, balalaika, and shamisen. The instruments speak to each other through music, evoking a wide range of emotions that children can immediately relate to. Asked about his inspiration for such a global project, Etkin points to musical mentors such as Yusef Lateef as well as non-musical inspirations such as Anthony Bourdain. “For me, he is an example of how to use your art-form to connect on a deep human level across boundaries and then open a window for people around the world to experience other cultures in a soulful and respectful way.”

For nearly a decade, Etkin’s Timbalooloo program has created a paradigm shift in music education, instilling the idea of music as communication and dialogue by making instruments come alive and talk with each other. This innovative approach has attracted the attention of thousands of parents, including Naomi Watts, Live Schreiber, Harvey Keitel, Martha Stewart, Ken Burns and Edie Falco, all of whom enrolled their children or grand-children in Etkin’s Timbalooloo program. “Young children don’t learn how to conjugate every verb, yet they manage to speak intuitively with perfect grammar. I believe they can become fluent in the language of music too” says Etkin. “We are trying to get to the core of what music is really about — expression, not just notes on a page.”