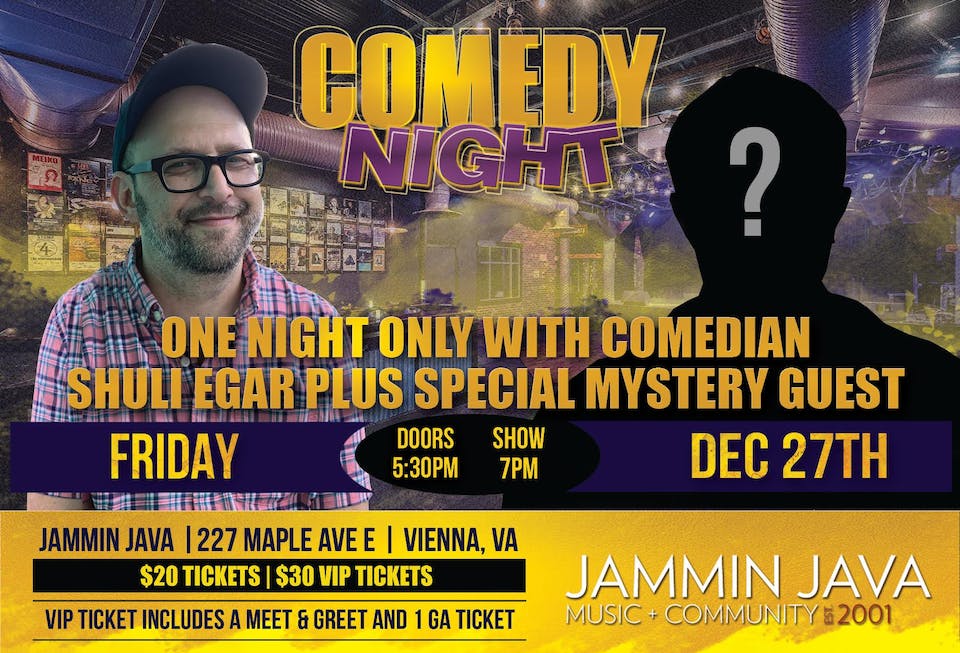 One Night Only with Comedian Shuli Egar Plus Special Mystery Guest 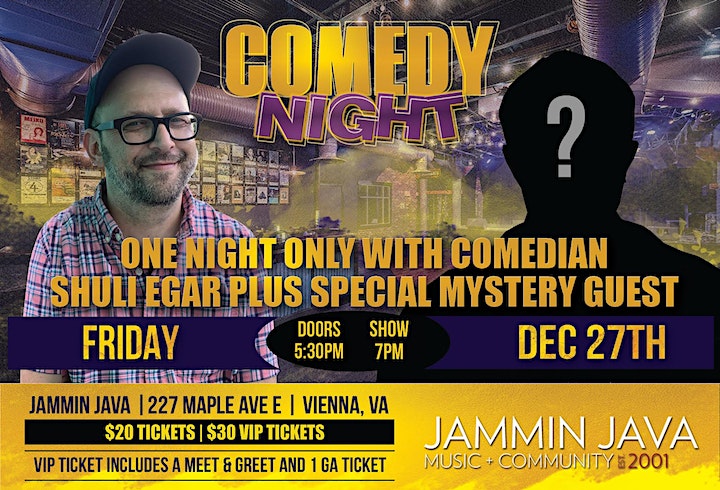 Shuli Egar can be heard on Howard 100 and Howard 101 on Sirius XM Monday through Friday. He can also be seen touring the country as a headlining comic. You’ve heard him on CBS hit show SWAT as well Chosen on FX and Brickleberry on Comedy Central.

Shuli talks a lot about marriage and kids and how those two things ruin everything else. Shuli is one of the best kept secrets in comedy but not for long