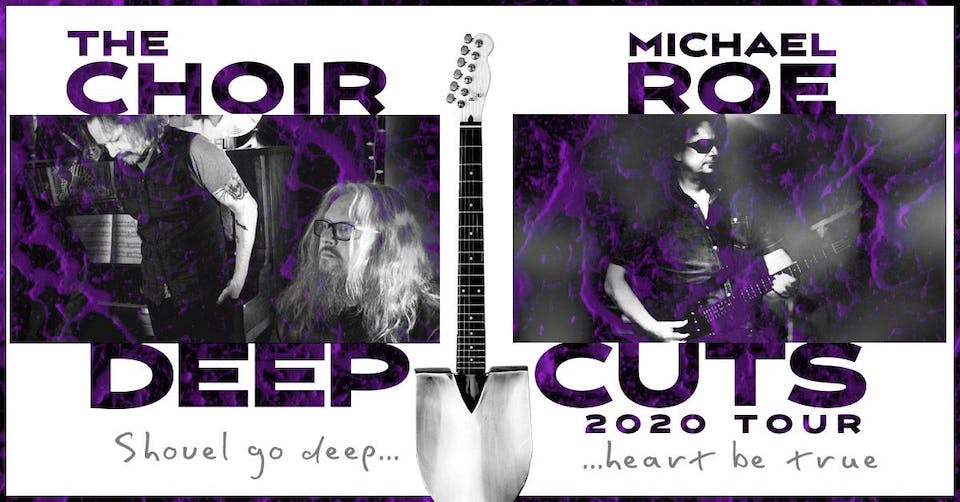 The Choir and Michael Roe

“Shovel go deep, heart be true!” The Choir will be venturing out in 2020 on what will be called the “Deep Cuts” tour. Intent on diving further into their catalog then ever, the band will feature songs rarely or never before played live… and some recent tunes also. Michael Roe of the 77s will be along for the ride, playing bass with The Choir and offering a few of his own deeper cuts. Come on out and join the Choir, friends!

The Choir is an atmospheric GRAMMY®-nominated and Dove award winning alternative band, led by Derri Daugherty on guitar and vocals, Steve Hindalong on drums with Dan Michaels on saxophone and lyricon. As of 2019, the band has released 17 studio albums, three EPs, five live albums and one retrospective box set. The band maintains an extensive tour schedule.

The Choir's music has been described by the Los Angeles Times as "magical songs that combine strains of murky psychedelia with pure pop." Billboard praised the band for its "dark poetic leanings, effects-laden guitars and strong melodic hooks”.