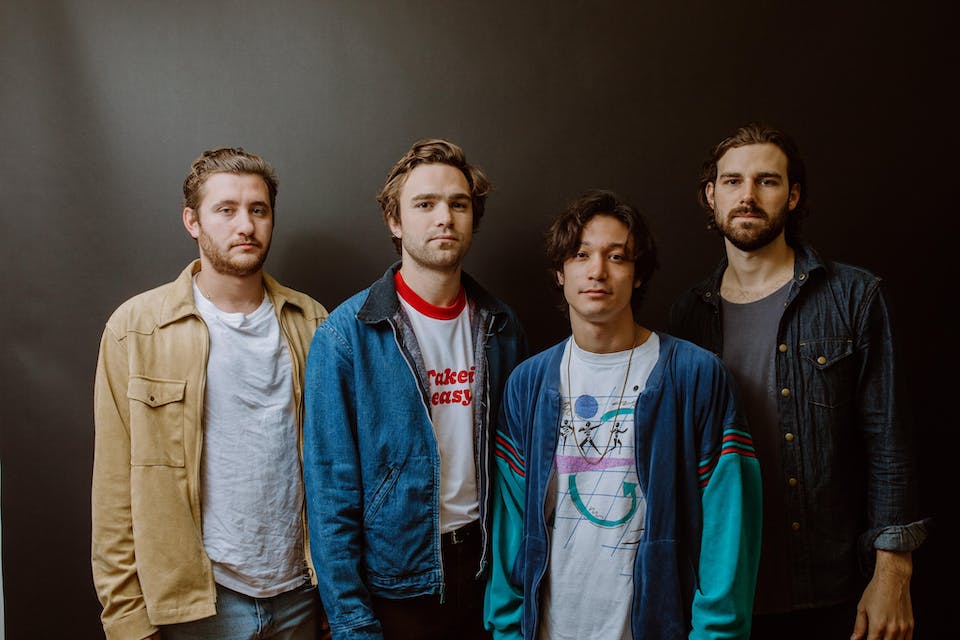 Harmony is king in Motel Radio. The four piece, dual front man indie band from New Orleans builds silky, melodic guitar waves for their stacked vocals to surf across. Breezy yet intentional, pop-minded yet psychedelic; their tunes are as likely to stick with young songwriters as they are veteran deadheads.

In New Orleans, music wafts through the windows night and day. From the side- sticking second lines to the croons of the troubadours on Royal Street, Motel Radio draws inspiration from the sounds of their home city while adding their own indie flair to the pot. The group spent the past year writing and recording their debut full-length Siesta Del Sol with producer, engineer, and neighbor Eric Heigle. They split time between Heigle’s studio (Wix Mix Productions) and their own home studio a block away to produce the dynamic 10 song LP, which will release in July of 2019. The record will be accompanied by a five week summer tour supporting Austin-based indie band Summer Salt.

The album title “Siesta Del Sol “ was derived from a jukebox song the band heard at a bar in Marfa, TX during their first tour of the west coast. It was a nostalgic and defining moment for the group: four musicians who had started as college roommates simultaneously felt a cosmic emotion and awareness of what they’d been building together. They realized they were chasing something bigger than themselves as they continued their journey west.

Since their last release (Desert Surf Films EP 2016), the band has played festivals across the U.S. (New Orleans Jazz Fest, Firefly Festival, Voodoo, and SXSW to name a few), and opened for artists like Kurt Vile, Moon Taxi, Drive By Truckers, Dylan LeBlanc and Summer Salt.

Juno Dunes is the fruit of Florida-grown, New Orleans-based songwriter and visual artist, Connor James Reever. Bringing a refreshing mix of warm vocal harmonies and jangly guitar licks, these are the songs you may soon find yourself singing in the shower. The group continues to rehearse and record in the loft space of Reever’s apartment, creating a sound (they claim) can only be described as loftpop.