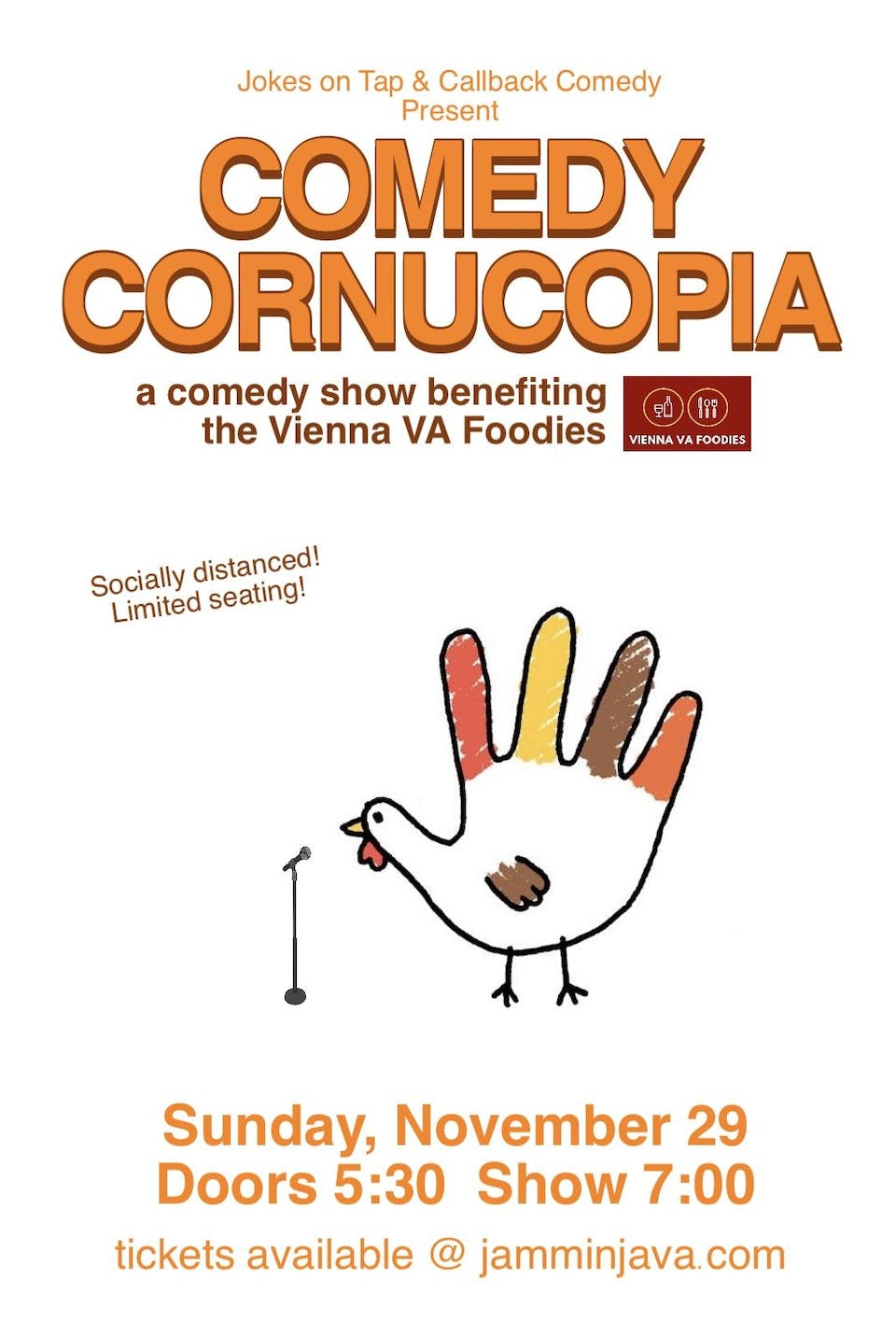 This ticket is for an exclusive virtual livestream of the show happening at Jammin Java on Sunday November 29th. Grab a ticket and watch the big show from the comfort of your home.

PLEASE NOTE: if this were a movie, it would be rated R. Everyone under 17 years old must be accompanied by a parent.

For the last 8 years, Jokes on Tap has been bringing you some of BEST local and nationally touring stand-up comedians and now they're backed up with a phenomenal house band, SMOOTH AF! These comics have appeared on national television (Comedy Central, Vice TV, BET, NBC's Last Comic Standing), performed in bars, clubs, theaters, comedy festivals, and kids birthdays all over the country, and now they're at Jammin' Java, just to make you laugh!

This holiday season, Jokes on Tap is giving back with Comedy Cornucopia! 100% of the net profits will go towards the Vienna VA Foodies, a local Facebook group supporting small businesses in the community. Throughout the pandemic, they have partnered with businesses to provide meals to food insecure families, first responders, and essential workers.