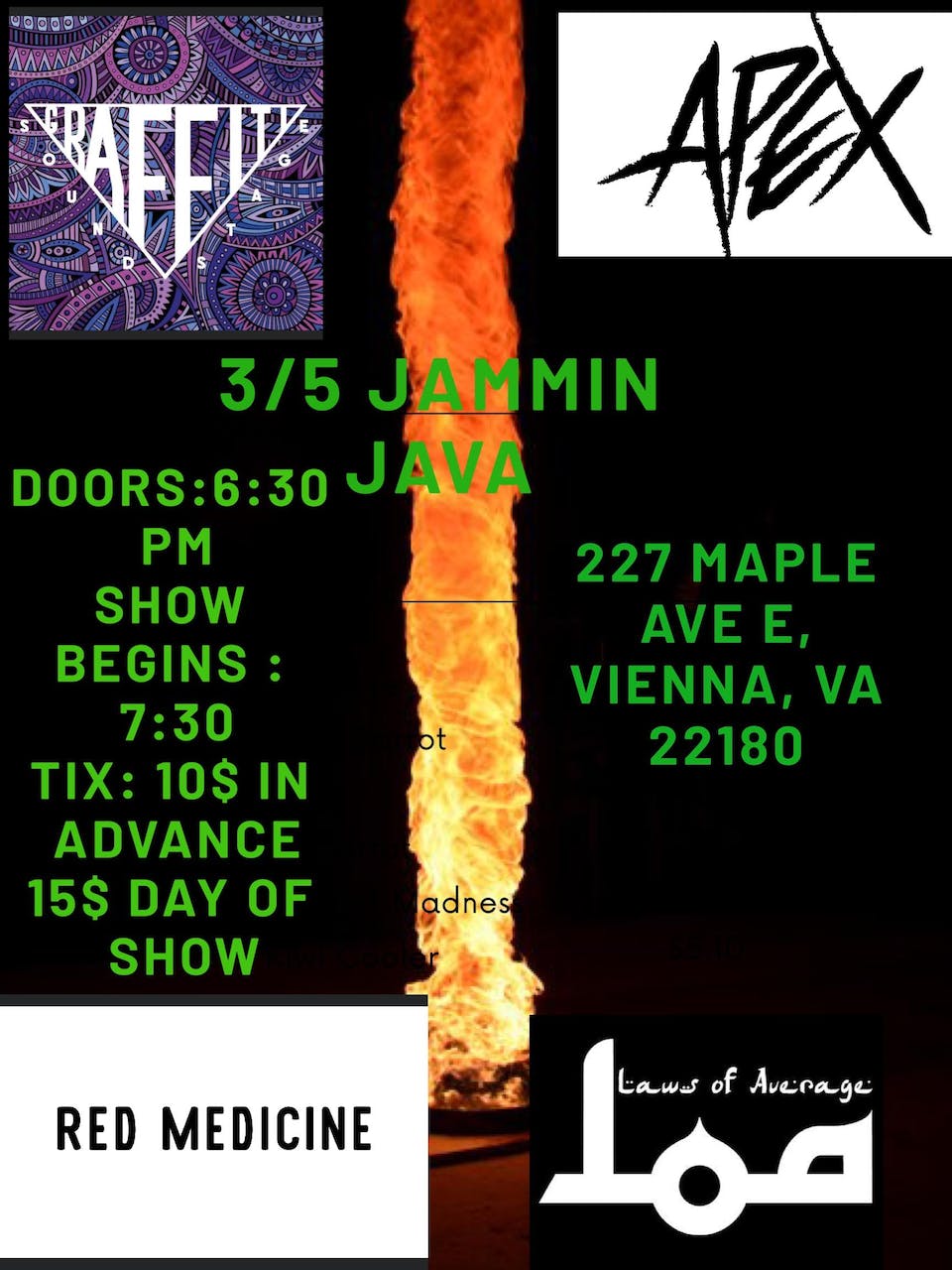 Laws of average bio: coming back to the dmv scene with a brand new sound. Laws of Average is a high energy rock show with visual as well as musical instruments. Playing mostly new music in 2020 this is show you don’t wanna miss.

A cathartic, groove-based ensemble that draws from Americana and grunge. Alexandria’s Red Medicine has steadily built a following in Northern Virginia with high energy performances and heavy hitting riffs.

Formed initially in 2019 around the songwriting of Michael McDermott (guitar, vocals), the band emerged after adding the sensibilities of Ian Brost (guitar, vocals), Tyler Beard (drums), and George Rhodes (bass, vocals) resulting in rich sonic landscapes which dwarfed the original compositions. Red Medicine continues to perform around the DMV and hope to release their debut EP in the coming year.

Four man hard rock band from Maryland. Playing shows all over the dmv and melting faces along the way.

Graffiti soundstage is a blues rock band from Northern Virginia, fronted by lead vocalist/bassist Aidan Bashore, lead guitarist Evan Denicola, Rhythm guitar player/bass player Lucas Aube and Drummer Tommy Kowalski. Playing many shows around the DMV area sharing their sound with crowds and other talents alike GSS shows their Influences ranging from Zeppelin, Hendrix, The Black Keys, Cream and Rival Sons, to prove that they can be nostalgic and bring back the sounds of the seventies while putting their own modern ear catching twist on covers and their powerful originals.