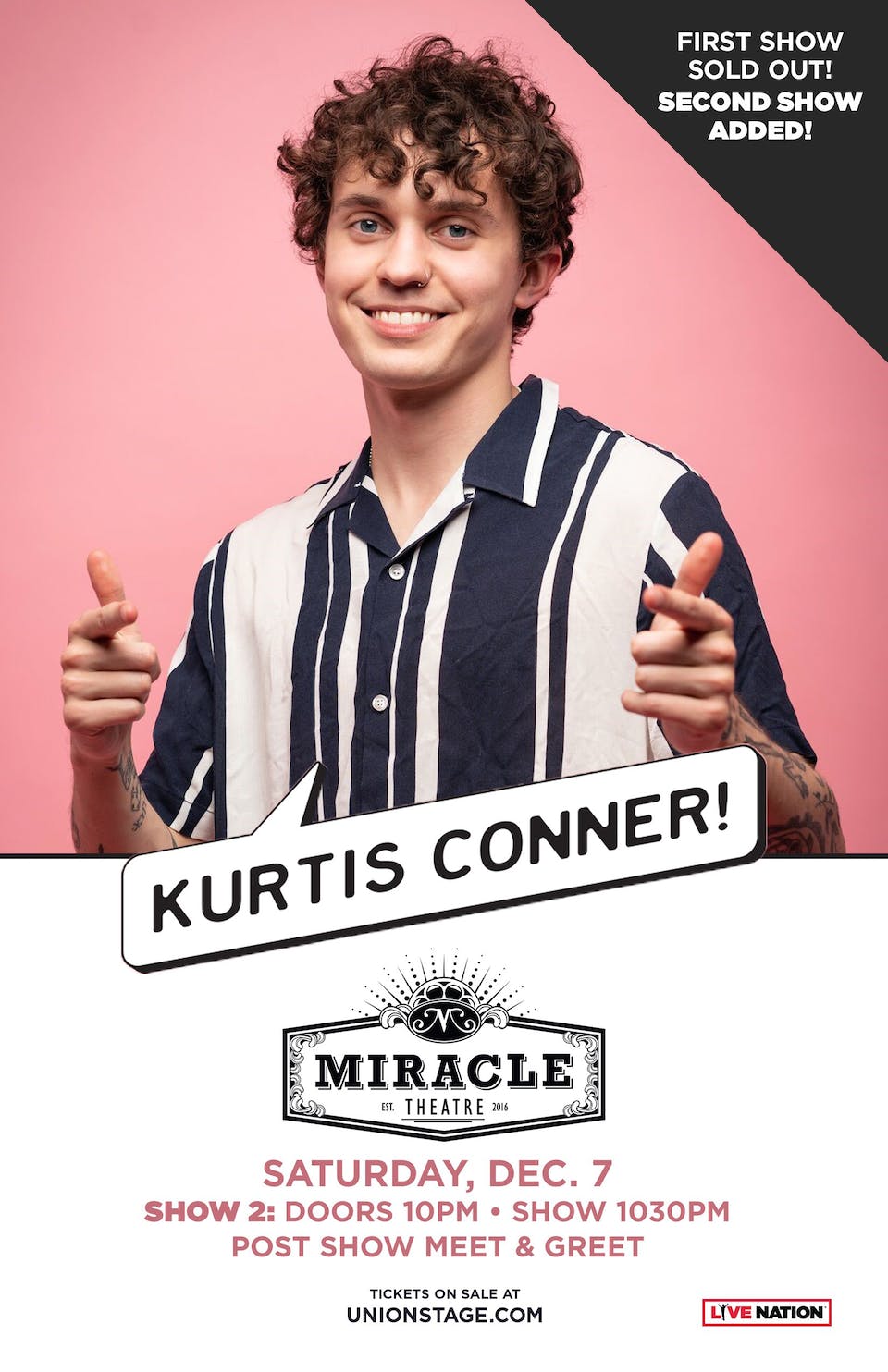 PLEASE NOTE: The Meet & Greet for the late show will be held after the show!

Kurtis Conner started performing stand-up comedy in 2013, and later attended the "Comedy: Writing & Performance" program at Humber College in Toronto. He amassed a following of over 300,000 on the social media app, Vine, while continuing to perform all over Canada, including several sold out headlining shows in Toronto. Kurtis independently released his debut comedy album "Cuppla Jokes" in 2016, and it reached #1 on the iTunes comedy charts and #6 on Billboard comedy. When Vine shut down in early 2017, Kurtis began focusing on his weekly podcast, 'Very Really Good', and his YouTube channel. He began creating commentary-style videos on strange subcultures and online trends, and has now amassed over 1 million subscribers on his YouTube channel, and his podcast is currently in the top 100 comedy podcasts on iTunes.