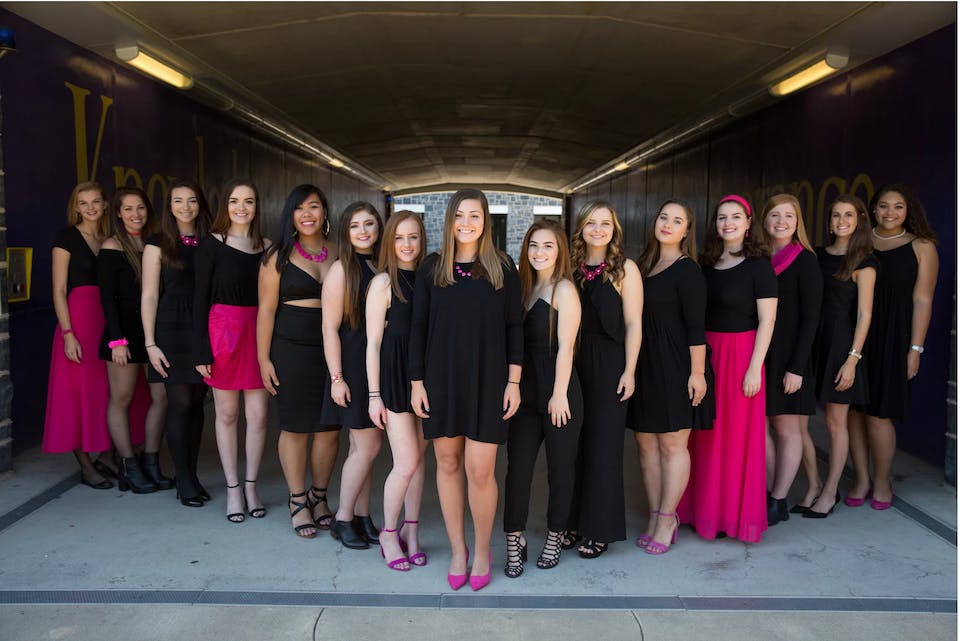 Note-oriety is James Madison University's premier award winning all female a cappella group, founded in 1998 by Kelly Myer & Bonnie Estes. You can find the lovely ladies of Note-oriety performing all around the JMU campus and at various events up and down the east coast. We are a sisterhood bound by a love for music and lifelong friendship. Note-oriety is a nationally recognized group, consistently ranked as one of the top all female a cappella groups in the country. We have been recognized and praised by many prominent figures in the music industry, including Nicki Minaj, Kelly Clarkson, and TLC. Most recently, College Magazine named us one of the "Top 10 A Cappella Groups Totally Slaying It" In November of 2019. We have also been recognized with several prestigious awards, including a 2016 CARA win for "Best Female Collegiate Song" for "Bang Bang" off of our self-titled album "Note-oriety" (2015). The song was also chosen as one of the Recorded A Cappella Review Board's Song of the Year, while "Note-oriety" was named their 2016 Album of the Year. Our most recent album, titled "XX" in honor of our twentieth anniversary, was released in May of 2018. The album was produced by James Gammon Productions and is now available on Apple Music and Spotify. Stay tuned for the release of our newest album in April of 2020!