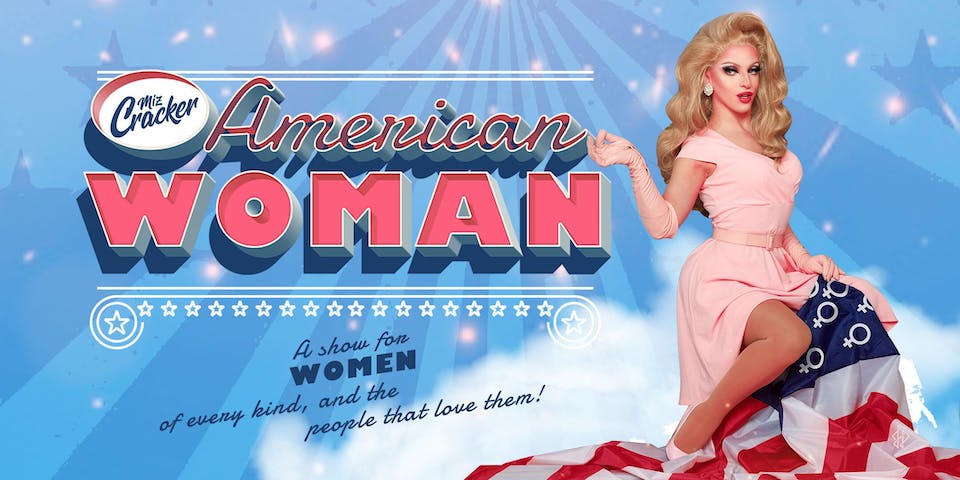 AMERICAN WOMAN, a comedy spectacular that asks: what does it mean to be a woman in America? As a lady raised by—and always surrounded by—strong female figures, Cracker cracks jokes and performs lip syncs about everything from beauty to birth control. But behind the comedy, there’s an urgent call for equal rights in a country that has lost its way. A show for women of every kind, and the people that love them. #Cracker2020

Presented by Five Senses Reeling, in partnership with TFD Presents in Canada.

Miz Cracker is a New York City drag queen, writer and comedienne. She launched her drag career in 2011 while participating in marches for marriage equality in Times Square. She went on to compete in RuPaul’s Drag Race Season Ten, landing a spot in the top five and becoming a fan favorite. She now tours the world with her one woman shows; delights fans on her YouTube channel; lectures on drag at top universities; cooks with Bon Appetit; writes for publications like Slate, ArtForum, Vice and GQ; and engages over a million followers on Instagram and Twitter. Cracker describes herself as a “woman’s lifestyle brand,” and is a vocal advocate for women’s rights. Her forthcoming solo show, American Woman, discusses how drag queens and gay men can become better allies to women in an age when Feminism is more important than ever.