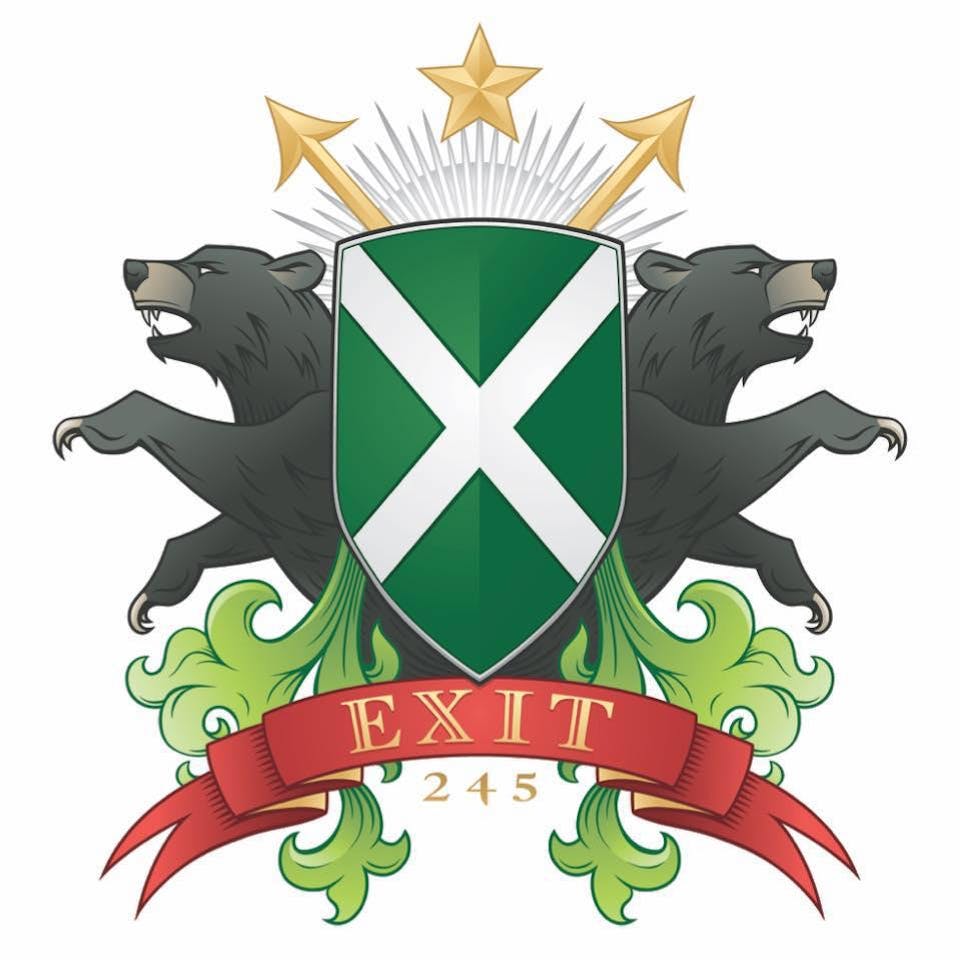 Exit 245 is an all-male a capella group from James Madison University. Founded in 1998, and named after JMU’s exit off of interstate 81, the brotherhood has enjoyed success at the local and national level for over 20 years. This group has been recognized by the Contemporary A Capella Recording Awards (CARA) winning best collegiate album of the year in 2013 for “Boyfriend Material” and runner up for album of the year in 2015 for “The Way Out”. In addition to these awards, Exit 245 has been nominated for a multitude of other accolades in the a capella community including, best arrangement, best soloist, and best song. In addition to CARA, exit has received placement on track-lists for Best of College A Capella (BOCCA) as well as Voices Only as recently as 2019. The group released its 9th studio album, “903” this past April which includes the groups first original song. Arranged and written by members of the group. The group has shared the Exit sound at countless live performances including performances at Taste of DC and the Viacom Entertainment headquarters in Time Square, NYC. This past May, Exit 245 was selected to be the opening act for Jay Leno’s comedy tour at the Kennedy Center in Washington, DC. Over the past two decades, Exit 245 has never lost sight of what the group truly strives to achieve: create fellowship through the power of music. Exit 245 prides itself on being a brotherhood for a diverse group of individuals that are brought closer through their shared passion for music and song making. Throughout the changing times and genres, this goal and focus persists and will continue to push the group forward for years to come.

The BluesTones are an award-winning all-female a cappella group from James Madison University in Harrisonburg, VA. The group was founded by Susie Gaskins and Laurie Wright in February of '99. You can hear the wonderful ladies of The BluesTones on their numerous albums on iTunes and Spotify, but be sure to check out their ninth studio album, "Blue Blooded", released in December 2017, as well as their upcoming album "Speak On It" premiering this December. Beyond JMU, the BluesTones have toured extensively on the East Coast, and performed alongside many other a cappella groups including VT Juxtaposition, UVA Academical Village People, AcoUstiKats, The Vanderbilt Melodores, and FSU All-Night Yahtzee. They placed first in the ICCA quarterfinals of 2015, and won second place and audience favorite at the 2018 Washington, D.C. Aca-Challenge. The BluesTones have been featured on the Voices Only 2019 album, BOCA 2019, as well as receiving 4 CARA nominations in 2018. The BluesTones pride themselves on the love of creating music and building a never ending sisterhood. The group holds auditions every semester and are always looking to grow.