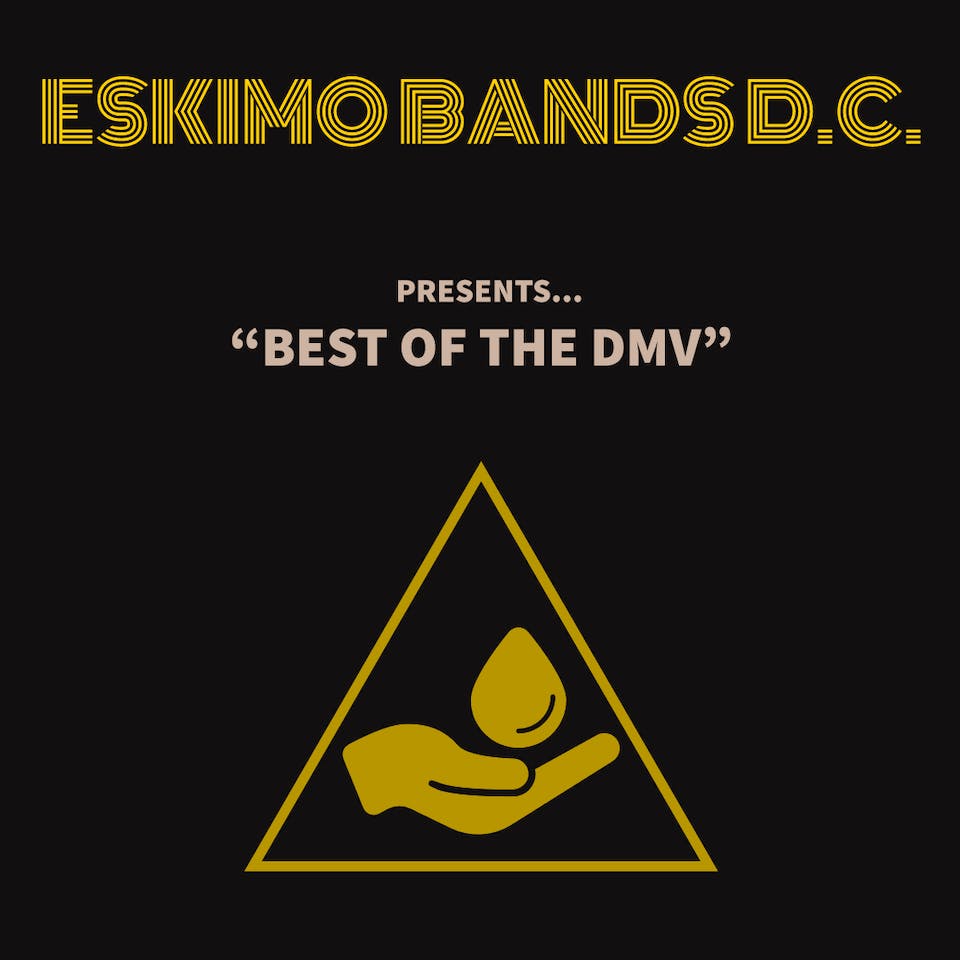 Eskimo Bands bring you a night of live original music performed by local artists from the DMV area at Jammin' Java. The lineup below consists of an array of genre's and sounds, each artist will perform for 30 min. so come by and show your love for the local scene.

The concept for Big Like Bear was born in the summer of 2017 at a rusty dive bar in the heart of Washington D.C. at an ill-attended open mic set. The crew quickly began writing and performing together, fusing their love of funk, blues, soul, and southern rock plus an affliction for John Mayer Trio and 90s hip hop. The result was an explosive blend of soulful vocals, bluesy baselines, guitar riffs harkening back to Joel's doom metal days, and a hint of smooth, sweet jazz. To sum it up, some have called Big Like Bear's sound "indie-pop nostalgia;" others have said "deep-soul groove."

The band has brought its eclectic expressions to venues across the East Coast. In summer 2019, Big Like Bear released its debut EP including “the jam” Carefree and “this year’s hottest holiday song” December Queen.

Sweet Pickles is, at its core, a 3-piece power trio drawing from the annals of rock n’ roll and moving the genre forward by fusing elements of funk, punk, soul, and blues. Pulling from the legacies of forefathers including Hank Williams and Robert Johnson and inspired by Cream, Rolling Stones, Queen, P Funk, Nirvana, Flaming Lips, Radiohead, Tool, Earth Wind and Fire and Led Zeppelin, Sweet Pickles endeavors to contribute to the musical logos and revel in the spirit of Rock ‘n’ Roll.

Owl Pack is an indie rock band from MD who love old school rock and also like to occasionally wade in the pool of modernity. In addition to reading thesauruses, Owl Pack spends their time creating catchy new tunes for your earholes to enjoy

Inspired by the sounds of Courtney Barnett and The Dead Weather, Dad Legs came to life in a grungy basement in Arlington, VA. This garage/blues rock band consisting of Amanda Dove (vox, rhythm guitar, keys), Nolan (lead guitar), Mason Henry (bass), and Freddie Salas (drums) blends guitar-driven rock n’ roll with funky bass lines and soulful vocals. Dad Legs aims to hypnotize your senses and get you movin’ and a groovin’ to the music

The House You Grew Up In

The House You Grew Up In, abbreviated THYGUI, is a 5 piece psychedelic pop-rock band from Washington DC. THYGUI blends the sound and feel of late-60s-era psychedelic rock with the abstract lyricism and flippancy of indie bands of the 90s and 2000s like Pavement and The Unicorns. In recent years, THYGUI’s sound has begun to include more churning basslines and dreamy melodies reminiscent of The Brian Jonestown Massacre, Beck, and The B-52s.

Formed in 2010 as the solo project of Jordan Brown, the band’s songwriter, lead singer and guitarist, THYGUI changed size and composition several times before settling into its current line up. Drummer Raymond O’Mara and guitarist Damon Effingham joined Brown in 2014 and were joined shortly after in 2015 by their childhood friend and bass player, James Howard. Cait Hone joined THYGUI as an additional vocalist in early 2019.