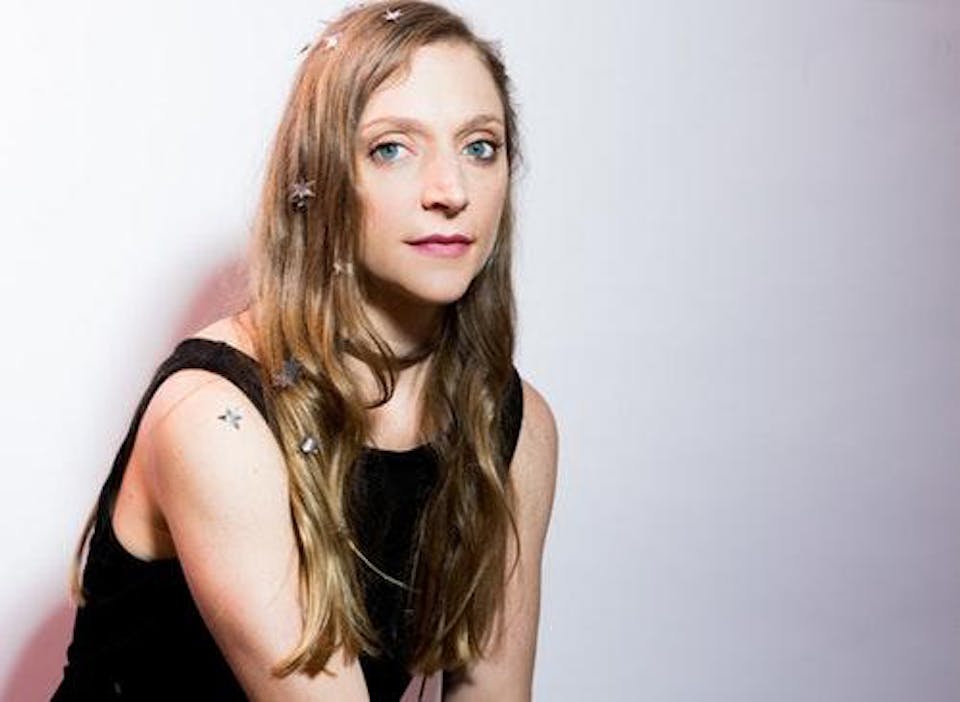 BOISE, Idaho — American Songwriter describes Eilen Jewell as “one of America’s most intriguing, creative and idiosyncratic voices.” That singular voice springs forth from a woman of more than one mind, and she taps into many of them on Gypsy, due out August 16, 2019 on Signature Sounds.

By turns personal and political, pissed off and blissed out, Jewell’s first album of original material since 2015 expands brief moments of joy into lifetimes, and distills epic sentiments and persistent doubts into succinct songs. Yet rather than pulling artist and listener this way and that, the tensions within and between these 12 tracks propel her eighth studio album forward as a remarkably cohesive full-length.

The disc kicks off with “Crawl,” a rollicking country rocker that revels in indecision, pitting the terrifying urgency of now against nostalgic longing:

I want to crawl right out of my skin Go back in time, cake walk in red fringe I want solitude, don’t want to be alone Want to put down roots, want to be a rolling stone

“I’ve been writing bits of that one for close to eight years now,” says Jewell. “I’ve felt that polarity in my life a lot, ever since I can remember, and I wanted to capture that discomfort and angst. Putting it into words and music felt cathartic. Now, whenever I feel that tug-of-war, I can sing my song about it.”

“Witness” sits at another end of the spectrum, a celebratory sunset burnished with honesty and understated brass, written quickly in a Central Idaho cabin. “I was still a relatively new mother, and experiencing this frequent opening of my heart, realizing that it had been clenched like a fist for so long. Little ones have this way of disarming us, and so do little moments that startle you, like a beautiful sunset or a bird song ... but that openness is always there. You don’t have to seek it out, you just have to choose to open yourself up to it.”

Agitated by the state of the world, Eilen gave herself permission to tiptoe into protest music on Gypsy, too. “79 Cents (The Meow Song)” skewers sexism and discrimination with pointed humor, while “Beat the Drum” lifts up a rallying cry to fellow travelers struggling to maintain hope in the face of adversity. Startled by backlash from both sides when she casually spoke some common sense about the Chief Executive in a recent interview, she decided to speak out rather than shut up. “I don’t see politics as separate from the rest of life. They’re intertwined. This is personal, especially in the past few years.”

Further testing her limits, Jewell played electric guitar on Gypsy, the first time she’s recorded on the instrument. “That posed its own set of challenges,” she admits. “Playing it on stage, where there’s more room to have things sound not exactly the way you want them, is one thing, but in the studio I’d think ‘Is this really the way I want to portray this song?’” Not only did certain sounds elude her, so did the words to express precisely what she was seeking. “I lacked the vocabulary, but it’s great to feel humbled in that way. You realize that the world of music is so vast that even one aspect can represent a lifetime of learning, and that’s what makes it so cool.”

Longtime fans who love Eilen Jewell in classic country mode will delight in “These Blues” and “You Cared Enough to Lie." She describes the latter, the sole cover on Gypsy, as “one of many songs I wish I’d written.” Even so, her foray into the music of Idaho legend Pinto Bennett felt as intensely personal as any original.

“Pinto was playing every Saturday at a local dive bar that I’d always been too afraid to go into, one of those real beauties with no windows, the kind of place that makes you think, ‘If I go in there, the needle will scratch across the record and everyone will stare.’” Instead, prompted by a friend who was playing drums in Bennett’s band, Jewell and her husband, Jason Beek, found themselves returning week after week to learn more from the hard-living Nashville veteran.

"The first time I heard Pinto play 'You Cared Enough to Lie,' I looked at the steel player, and he looked at me, and he tapped his head with a finger, then pointed at me and mouthed ‘You have to cover that,’” she remembers. “Which is so funny, because I’d just thought the same thing.” (The affinity proved to be mutual: Jason produced Bennett's latest album, The Last Saturday Night, with Eilen providing guest vocals.)

Long hailed for her ability to interpolate different genres into her own sound, Jewell manages to make the distinct songs of Gypsy play well together, without compromising their individuality. By the same token, she’s rarely seemed more willing to let different facets of her personality and talent shine through.

“I always try to be honest when I make an album. ‘Is this really what I want to say? Is that how I want to say it?’” With time and experience, trust in her own ideas and abilities continues to escalate. “Writing still doesn’t feel like an easy process, but after 13 years, it’s a bit more second nature.” Gradually, she’s accepting that all her feelings are valid, even if they sometimes seem at odds.

“I often resent that feeling of being pulled in different directions, but without that pull, life is like a guitar string that's not taut,” she concludes. “A loose string makes a terrible sound.”

As the reigning Queen of the Minor Key, Jewell leads a tight quartet that blends influences of surf-noir, early blues, classic country, folk, and 1960s era rock ’n’ roll. For well over a decade, they’ve toured relentlessly for legions of fans from Boston to Boise and Madrid to Melbourne, playing large festivals, theaters, rock clubs, and coffeehouses. The group has shared stages with the likes of Lucinda Williams, Loretta Lynn, Mavis Staples, Wanda Jackson, George Jones, Emmylou Harris, and Blind Boys of Alabama. Eilen’s fans have marveled at her warmth and onstage humor alongside her beautiful songs and fiery performances. In addition to six of her own full-length albums, Jewell has released two albums with her country-gospel side-project, the Sacred Shakers; a tribute album to Loretta Lynn titled Butcher Holler; and a recent album of rare blues covers, Down Hearted Blues.

The Los Angeles Daily News said, "Sometimes as darkly damaged as Lucinda Williams, at others as defiant and teasing as prime Peggy Lee and always authentically Americana in the Gillian Welch tradition ... She's mighty good.” 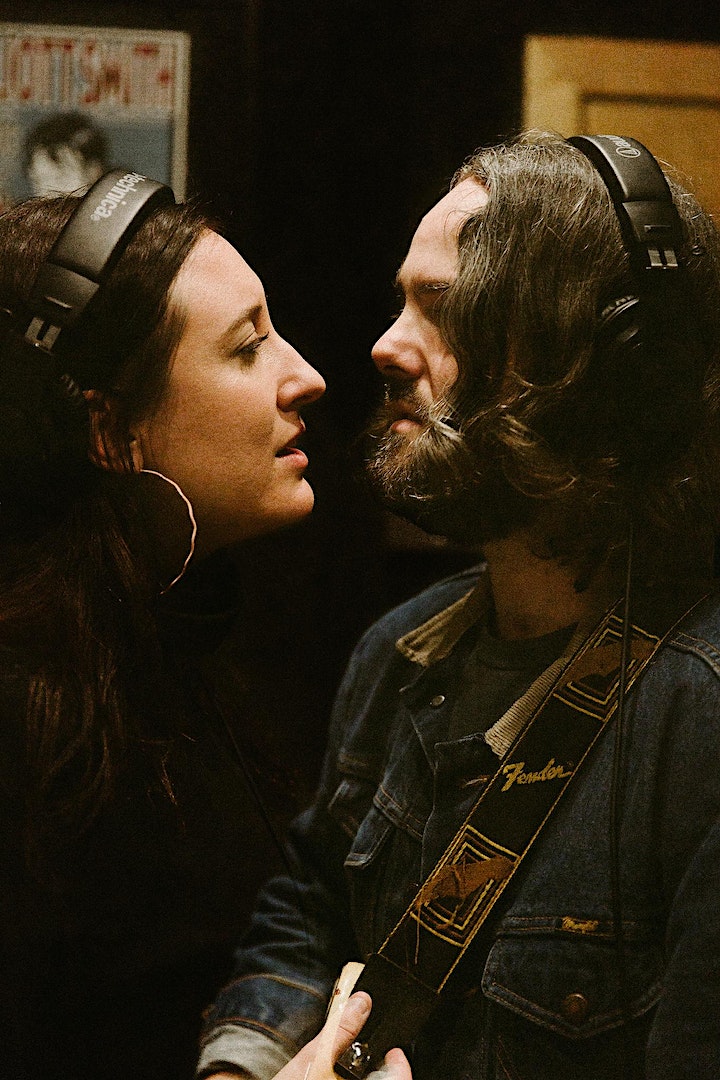 Born to a comedian & a clown, Nashville based Australian Indie-Roots artist, Jordie Lane spent his early years in a traveling circus. His nomadic touring lifestyle and knack for comedic storytelling confirm the theory one is a product of their upbringing, but when you watch Jordie perform live it is his incredible voice and unique rhythmic guitar playing that seem like they come from another place and another time.

It is a voice that has taken him around the world, performing major festivals in the US, Canada, UK and Australia, and touring with the likes of international legends, Gotye, Billy Bragg, Old Crow Medicine Show, Neko Case, Cat Power, The Weakerthans, Ruthie Foster, Mary Chapin Carpenter, and The Moody Blues.

Meeting co-writer, producer and multi instrumentalist Clare Reynolds was where a truly magical sound for the ages was formed.

A vocal and instrumental harmonic quality matched by few other partnerships, their symbiotic connection has been likened to floating somewhere between Gillian Welch & David Rawlings and Shovels & Rope.