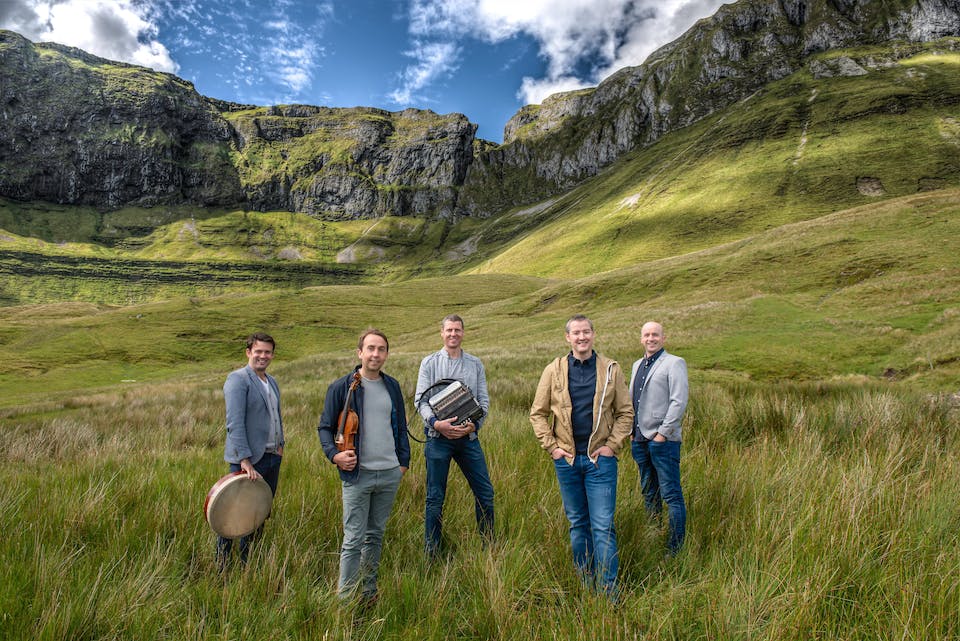 One of Irish traditional music's leading exponents, Téada is driven by a fascination for the timeless, expressive force of music inherited from previous generations of musicians.

An Irish band with a truly worldwide reach, Téada has appeared as a frequent headliner at major music festivals throughout the US, Canada, Mexico, Europe, Africa, Israel and Australia. Highlights include a 30,000-capacity stadium concert in Brittany, along with performances at Penang World Music Festival in Malaysia, Edmonton Folk Festival in Canada, Harare International Festival of the Arts in Zimbabwe, and Campeche International Festival in Mexico. The group also received an invitation from the Irish Embassy in Rome during 2008 to perform at a commemorative event marking the 400th anniversary of the landmark event in Irish history known as “The Flight of the Earls.”

Founded by Sligo fiddler Oisín Mac Diarmada, Téada first came together in 2001 to make an appearance on the innovative Irish television series ‘Flosc’. With engaging textural arrangements, Téada, meaning "strings" in the Irish language revels in the vibrant traditional music of Ireland. Deftly playing up its structural intricacies while preserving the contagious energy inherent in the repertoire, the group strives to capture a sense of the rawness and individuality of the solo artist, within a modern group context.