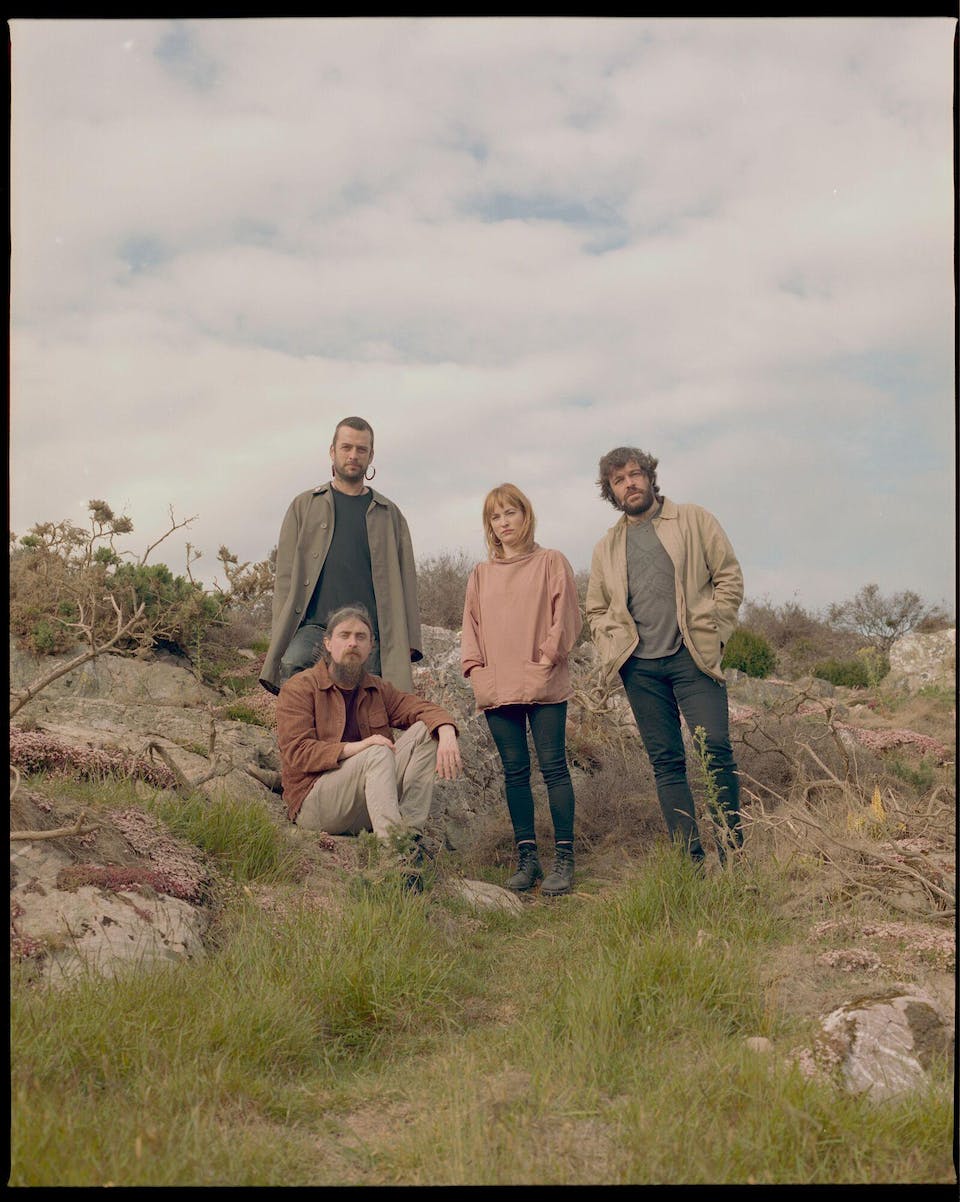 Dublin four-piece Lankum (brothers Ian and Daragh Lynch, Cormac MacDiarmada and Radie Peat) have gained worldwide acclaim for their first two albums and captivating, often euphoric live performances. Their third album, The Livelong Day, recorded and produced by John ‘Spud’ Murphy in the Meadow and Guerrilla Sounds studio (with additional help from Robert ‘Scanny’ Watson and mastered by Harvey Birrell) successfully blends alternative folk and psychedelia. It takes both the earthly and alien elements of their sound to create an immersive, otherworldly sonic landscape.

On The Livelong Day, the band honor the sacredness of traditional Irish songs while allowing them to metamorphose – to expand, grow and breathe. Drawing on their interest in varying styles and genres, from Krautrock to drone to ambient to Brian Eno, they balance this disparate array of tastes to create droning music that is dark, rich and raw.

“Drone is a big part of traditional music because the Uilleann pipes are indigenous to Ireland,” the band explains, continuing “so we’re ramping up that history and taking it as far as we can.” When Lankum deconstruct and reassemble a traditional song, their involvement is never passive. The members push the songs as far as they can possibly go – at times leaving them them bare and true to history, but often taking that bareness a step further – making that which is barren completely desolate.

In spite of this darkness, it is effortless to connect with the songs on The Livelong Day because it is an album without ego. Although there is intensive historical and musical research that goes into selecting, writing and arranging these songs, they are never indulged or overfilled. There is an understanding that if just one note is allowed to drag out with the weight of feeling, it can make a song even more affecting in its sparseness. “In this album we wanted more percussive elements, more rhythm, more movement,” Lankum say of the new record’s sound, “it’s a combination of being desperately depressing and hopeful at the same time.”

“We don’t want to be fossilizing or archiving these songs, we want to be pushing and accelerating them further. Their multi-sensational quality creates a visual atmosphere that you can step into and actually find it very difficult to bring yourself out of.” This quality, more than anything else, is what makes Lankum truly anarchic. The way in which these songs, some of them written centuries ago, live and ring true in our ‘modern’ lives is central to the band’s purpose. “We are trying to communicate our world, trying to communicate what people see when they look at the world and what their experience of reality is. We just want people to forge a genuine emotional connection to our music, on whatever level works for them.”