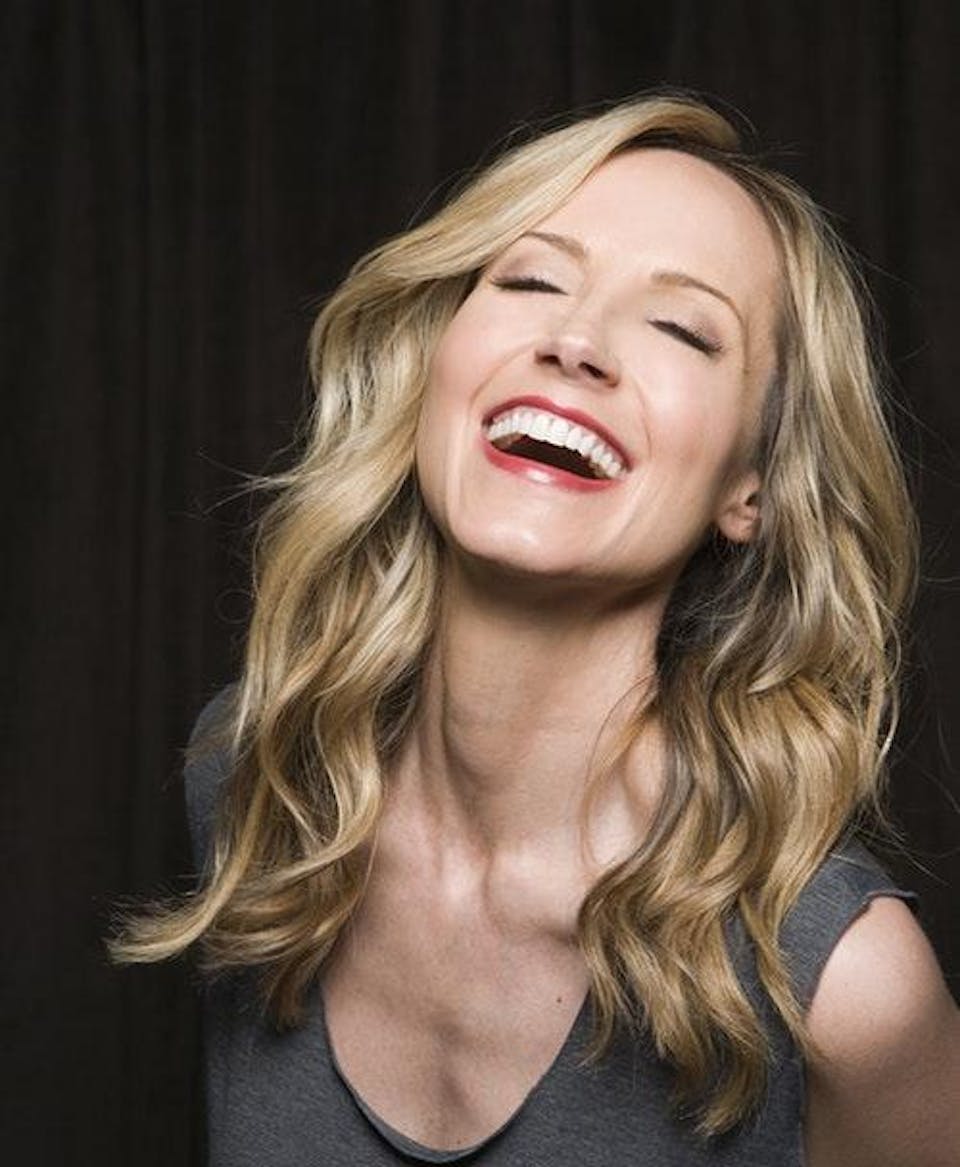 Chely Wright rose to fame as a commercial country singer in the 90’s, and has since released eight studio albums and charted more than 15 singles on the Billboard charts. The Academy of Country Music named Wright "Top New Female Vocalist of 1995." Her first hit came in 1997 with “Shut Up and Drive”

followed two years later by her first number one single, “Single White Female,” and in 2005 "The Bumper of My S.U.V.” In 2010, Chely Wright released her eighth album, Lifted Off the Ground produced by Rodney Crowell, revealing a dramatic artistic transformation and emerging as a singer songwriter of the first order. Chely made history by being the first country music star to publicly come out as gay, which she revealed in her 2010 memoir entitled “Like Me.” In 2016, Wright released her critically-acclaimed studio album entitled I Am The Rain, produced by Joe Henry. The end of 2018 saw the release of the holiday EP Santa Will Find You, which No Depression called the "warmest, most-family oriented" of recent holiday records. Chely released a new Americana EP entitled Revival in May of 2019. 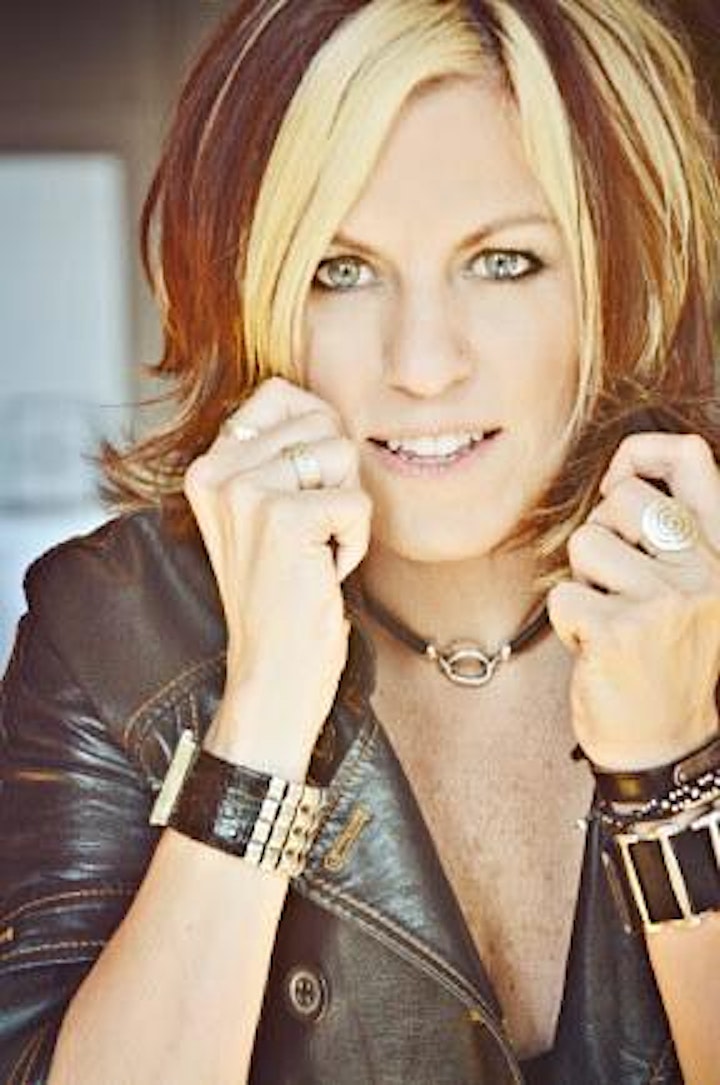 Award-winning Philadelphia area native Christine Havrilla just released a new album with her band, Gypsy Fuzz, called “Sunless Escapade” (March 2019). After embarking on an ambitious journey with her Gypsy Fuzz project in late 2011, she previously released a series of "Live Sessions" in 2014-2017, which included long-time fan favorites as well as new songs with her current band, Gypsy Fuzz. Recorded in numerous settings such as venues, living rooms, a recording studio with an live audience, an old church, etc…these volumes captured the spontaneous energy, soul-felt vibes and musical adventures that Christine brings to the stage, ANY stage! Christine utilizes the soft gritty texture of her vocals to express warmth and honesty listeners quickly embrace as well as her aggressive, raw, trash-style guitar playing and looping.

Havrilla, who has twelve albums, 3 EPs, and over 15 years of touring under her belt, continues to venture out under “Christine Havrilla & Gypsy Fuzz” as well as a solo artist, showcasing ALL of her music with new twists, and described as "a blend of 70’s, 80’s, and 90’s rock delivered by the modern singer/songwriter."

Christine is known for bringing her “well-built, catchy, smart tunes” (Upstage Magazine) to audiences everywhere, touring nationally as a solo act as well as with Gypsy Fuzz. After an inspirational time of being based in Portland, OR, Christine is once again back in the Northeast and frequenting such venues as World Café Live, Steel City, Godfrey Daniels, Jammin’ Java, Burlap and Bean, John and Peter’s, Rockwood Music Hall, The Tin Pan, to name a few.

What’s Up Magazine exclaims, “Christine breaks out the gasoline and sets fire to the typical Roots/Folk genre with blazing guitars.” Ed Kiggins of inD Round raves, “Christine is one of the hardest working women in music. With her child prodigy-come-of-age guitar virtuosity, a supremely passionate and emotive voice, and an arsenal of wondersongs that have endeared her to a loving and devoted audience, she is in a class all of her own. She calls her unique style Neofunkadelicfolkpoptwangrock, but we simply call her brilliant!”

Michael McKenna at Steel Notes Magazine shares, “This ambitious Philly native manifests her talent in certain ways that allows her to create eclectic music which will grab your heart and leave a lasting memory. Her Roots/Folk/Americana background coupled with that unique individuality that she possesses allows her to be a presence that steps into many genres and gives her the tools to crossover to different music formats. This album (Vol. 2 The Sunset Sessions) just defies description. It’s hot, tight, precise, and just plain kick-ass. If I was still programming radio, I’d be all over this! My recommendation is to go hear the band live, buy the CD, and experience what I have just heard. I give this TWO THUMBS UP!”

Mark Rogers at 93.7 WSTW raves, “With Gypsy Fuzz (the album and the band), Christine takes especially that rock element and turns it to 11. Gypsy Fuzz fuses fantastic guitar work with Christine’s vocals, which can reach down inside and grab your heart. A very diverse album, showing elements of rock, blues and even country, among others, Gypsy Fuzz continues Christine’s string of fantastic albums. Buy it.”

Nor’easter Magazine raves, “Christine is a creative, talented powerhouse wrapped up in one complete package.”

Ramona LaBarre, Managing Director at Godfrey Daniels (2013), says, "I see so many artists...I'm always pleased and amazed at what Christine is doing, and have enjoyed watching her art develop over the years I have known her. We especially appreciate it when an artist recognizes the energy in the room, and harnesses it to take their audience on a wild ride."

The Washington Post writes, “(Havrilla’s) songs are intelligent and moving, the arrangements are incisive and colorful, and, best of all, Havrilla consistently comes across as a confident and seasoned performer.”

Along with her earlier albums, Christine has a collection of songs that clearly define her as a singer/songwriter at the peak of her form. Listeners hear raw authenticity as Christine’s gritty vocals and overall musicality breathe life into fifteen engaging songs. Christine’s strength on guitar is ever-present. The latest series of Live Sessions including The Creamery Sessions, The Sunset Sessions, The Old Church Sessions, & The Lansdowne Folk Club Sessions, capture the raw live energy of Christine’s work on guitar and the solid songwriting!

As noted by the Princeton Packet, "Angst takes a left turn to upbeat and fun." J.F. Pirro writes, “On In My Chair, Havrilla’s music and message remain as high-energy and introspective as ever…and always from the heart, dispensing medicinal lyrics for the soul.” (Main Line Today Magazine)

"I'm completely blown away and hooked. Havrilla’s talent is not only music but to take you away from the hum drum of life and go on a journey where she is the driver and we are her passengers," writes Madalyn Sklar (Founder/Publisher, GoGirlsMusic.com - Houston, TX).

Chris March of the Phoenixville Mercury writes, "(Havrilla's) tunes offer some of the most focused and empowered songwriting from any artist to stem from the local area yet and results in an eclectic set that can range from adrenalized to emotionally stirring."

Nate Bauer from Blue Weekly says, "Christine offers the kind of pop-guitar songwriting that definitely should not be overlooked...Havrilla has shifted from the typical Lilith Fair pigeonhole into her own enjoyable sound."

Her material has garnered a variety of accomplishments such as:

Quoted in the book by Sean Kay, “Rockin in the Free World” (Rowman & Littlefield 2016)

Featured “Artist of the Month” at MyRuralRadio.com (Jan 2015)

Christine had 2 songs nominated for the Out Music Awards (2011)

Co-wrote the song, "Hightail", for the Independent film Til Death Do Us Toby (2010 Chateau Entertainment/Canada)

"One of the Top Ten Indie Artists" - Advocate Magazine

Velocity's "Hole in the Ground" topped Sirius Satellite Radio's Hot 20 chart at #1 to start off 2007 and remained on the chart 16 weeks!

Christine received grants in two consecutive years from The National Endowment for the Arts for its Meet the Composer series.

Self-taught from the age of 5 and growing up with a musical family, Havrilla wins crowds over wherever she goes with her musical innovation, heartfelt lyrics, and her guitar a mere extension of herself. Her music and sound are difficult to fit into one category; hence Christine describes it as "Neofunkadelicfolkpoptwangrock!" Philadelphia Magazine simply states, "She rocks!