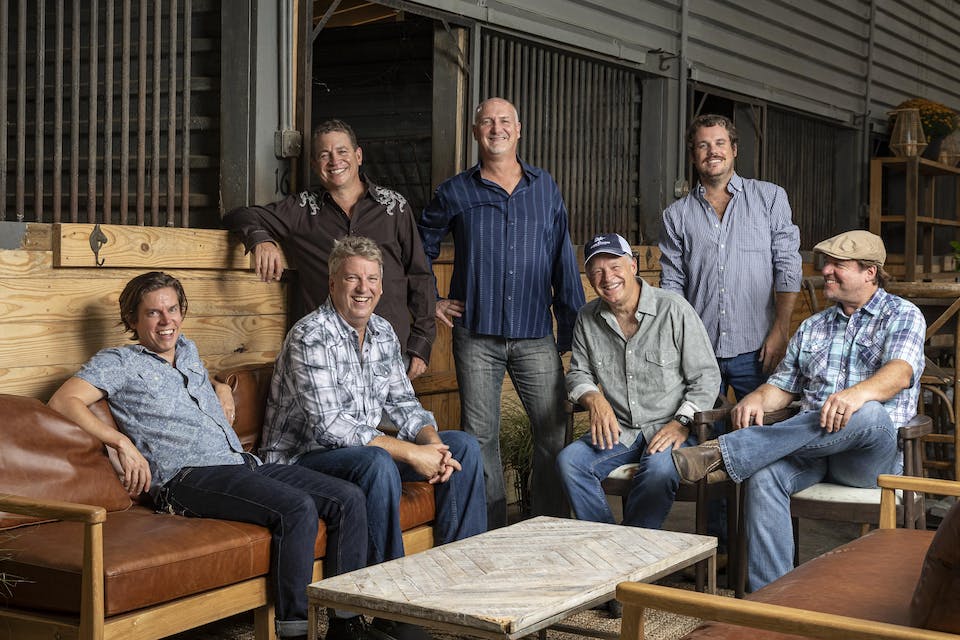 Since their earliest days in 1987, the Blue Dogs have been blending the genres they grew up with - bluegrass, country, rock and soul, “turning bluegrass on its ear by creating what’s now referred to as ‘Americana’ or ‘alternative country’ before those terms were commonplace” [Charlotte Observer, 2012]. More than thirty years later, The Blue Dogs continue to play 50-100 shows a year.

Fans that have joined them on their journey since the beginning stay close to the pack for the unpredictability of their live shows. Known for breaking the fourth wall and interacting with their audience, the Blue Dogs shine when the environment allows for spontaneity. This has become the catalyst for the success of their annual Homecoming shows at Charleston Music Hall, a reunion of famous musical friends filled with surprises to benefit the Medical University of South Carolina (MUSC) Shawn Jenkins Children’s Hospital. In the 6 years they’ve hosted the fundraiser, the Blue Dogs and guests like Darius Rucker, Hootie and the Blowfish, Edwin McCain, Radney Foster, Drivin’ N Cryin, Wyatt Durette and more have helped fetch over half a million dollars to fund pediatric cancer research at the hospital in Charleston, SC.

Lead singer Bobby Houck and upright bassist Hank Futch, lifelong friends and natives of Florence, SC, founded the band after recognizing that Futch’s exposure to early country and bluegrass by his guitar-pickin’ dad joined with Houck’s early education of the incomparable singer-songwriters of the ‘60s and ‘70s produced something lively and special. When both relocated back to the Carolinas in 1990 after college, they were joined by another SC native, Phillip Lammonds. From the beginning, songwriter Lammonds was right at home in the Blue Dogs’ musical stew, being an accomplished mandolin and harmonica player while mightily flatpicking acoustic guitars and playing slide electric guitars with beer bottles. Lammonds and Houck’s creative partnership on writing original music contributed significantly to the Blue Dogs’ three major studio recordings, Blue Dogs (1997), Letters from Round O (1999), and Halos and Good Buys (2004).

Nine albums, two DVDs, their success in songwriting for their own albums and for other artists, and over two decades of touring the country and sharing the stage with artists like Willie Nelson, Hootie and the Blowfish, Cracker, Bruce Hornsby, and Widespread Panic have recently earned the Blue Dogs an induction into the South Carolina Lowcountry Music Hall of Fame. Original founders Bobby Houck and Hank Futch, along with guitarist Dan Hood, drummer Parker Dewitt, pedal steel player Charlie Thompson make up the band and are often joined by James Bernabe on the mandolin, Jamie Harper on the fiddle, and Travis Allison on the keyboard. They continue to perform all along the East Coast on a regular basis. Currently, they’re looking forward to upcoming festivals and special events, continuing to write songs, and their annual homecoming show celebrating 31 years in December of 2019. 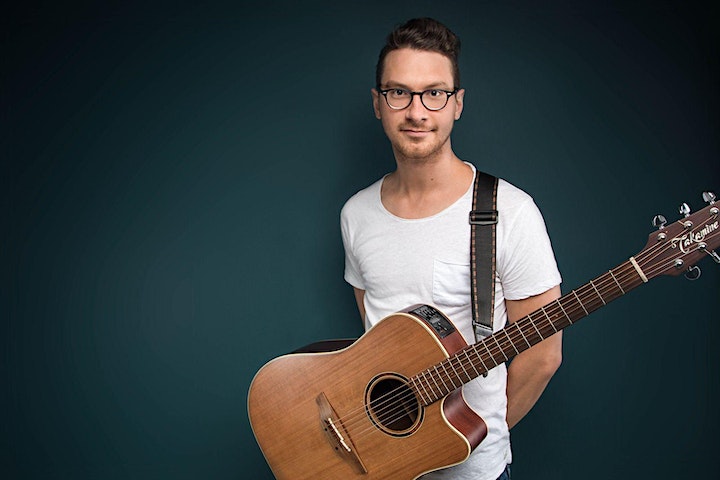 Part virtuoso and part storyteller, you might say that Jacob Johnson does with a guitar what Gene Kelly did with dance. Although his songwriting has won awards and his guitar-playing has put him on stage with Tommy Emmanuel and Phil Keaggy, his ability as an entertainer is what has won fans throughout the southeast. He refers to himself as "a ham that just wants to be on stage" but he’s much more than that. Jacob is an amazingly talented guitarist and songwriter which, combined with a bit of a personality, makes for a wildly impressive stage performance.