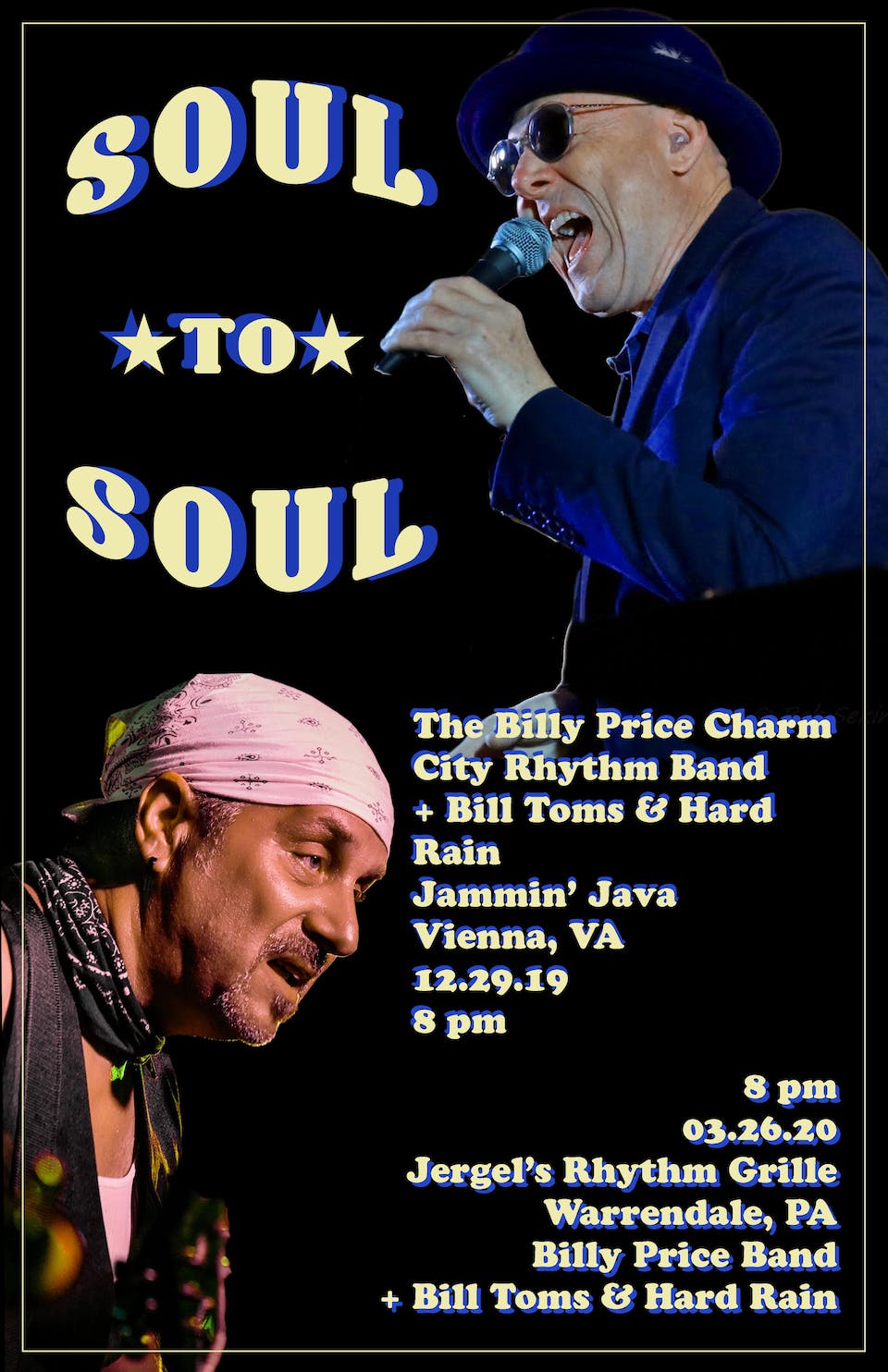 Since then, with the Keystone Rhythm Band, the Billy Price Band, and solo projects, Billy Price has recorded and released a total of 17 albums, CDs, and DVDs. In April 2016, he was officially recognized and inducted as a Pittsburgh Rock ’n Roll Legend at an award ceremony.

After the release of the 2017 “Good For My Soul" record, it was necessary to capture this band live, with this lineup. Their strength lies in it's ability to move an audience. This is a performance band. To carry that Rhythm and Blues, age old custom of moving from town to town, leaving its audience exhausted, both physically and emotionally. To understand Bill Toms and Hard Rain (featuring The Soulville Horns), you must appreciate the long tradition of American ‘rock and roll’, ‘blues’, and ’soul’. With the air of a gospel poet, Bill Toms writes of characters fighting to stay one step ahead of the devil (“I’m Sad No More”). One step ahead of the bill collector (“Workin”). One step ahead of the law (“Into The Storm”,“Ballad of Jimmy Jones”). And of course, one step ahead of the jealous husband (“Won’t Go To Memphis No More”). ThIs is their 'Americana'. Where the best music was always found in the blues bars, juke joints, and dives. The wrong side of the tracks! (“Darkest Side Of Town”). This recorded concert will stir the soul, break your heart, and have you shakin’ a tail-feather. And don’t that feel good?'