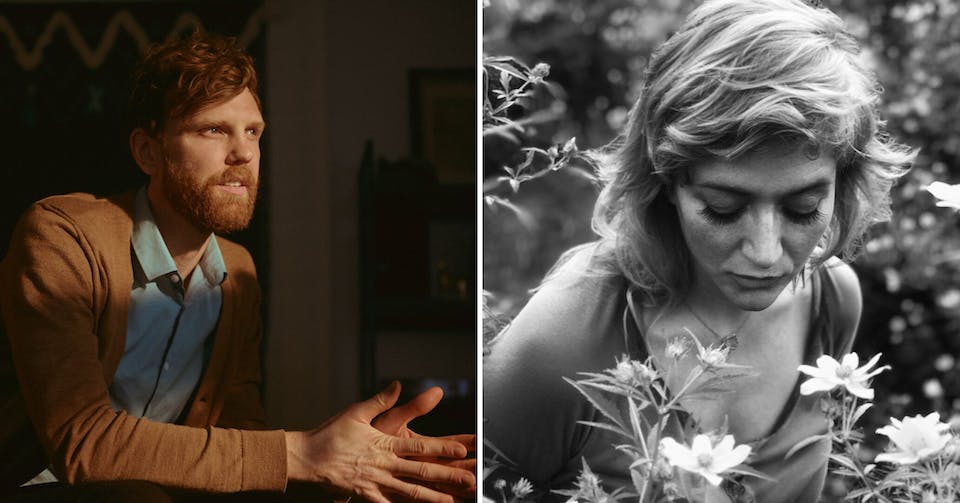 When the lights go down and the world turns off, the truth comes into focus.

“I think we should all just sit in the dark with one another and see each other for who we really are,” she implores. “Don’t deny who you are now or who you’ve been in the past. Be in the moment more. A lot of my music is about this.”

With warm delivery, soulful intonation, evocative lyricism, and a hint of pop ambition, Angel continues to translate urgent moments into unforgettable music. Over the past decade, she went from penning songs for the likes of Alison Krauss to stepping into the spotlight as a buzzing independent solo act on her 2012 self-titled debut, Angel Snow. Its lead single “These Days” eclipsed over 6 million Spotify streams and counting as she attracted a growing fan base.

In the ensuing years, she built an international profile by regularly touring the globe. 2016’s “Secret” notably featured in a popular video by internet superstar Ingrid Nielsen entitled “Something I Want You To Know (Coming Out),”which went viral with 17 million views. Meanwhile, her 2017 sophomore outing, Magnetic, earned widespread acclaim. Among tastemaker praise, American Songwriterwent so far as to describe it as “superb.” 2018 saw her progress once more. After meeting Ben Kramer of Old Sea Brigade, she enlisted him to produce her Arrows EP.

Together, they unlocked new facets of her sound, embracing swaths of purring ambience, expansive omnichord, delicate guitar, and bass transmissions.

“Ben brought a completely different element to what I do, but we maintained who I am at the same time,” she explains. “We found a lot of common ground we loved. I also messed around with the range of my voice and how deep I can go without being self-conscious. I’m embracing my voice for the first time. We’re bringing the vocal up. I’m much more confident in how I sing. I enjoyed more freedom than I ever have in the process. Lyrically, I was able to craft more of a creative narrative. I love writing short stories. The storytelling became a central part of the EP.”

Over the course of five months, they assembled the six-track EP. In the spirit of experimentation and evolution, they envisioned this body of work in two formats: full production and acoustic. The latter allowed her to experience the songs at their rawest.

“I was able to get outside of myself and see the range of the composition in the acoustic recordings,” she elaborates. “It opened me up a little bit more to embrace the songs for what they are. The emotions really showed through and shined. The feeling behind everything gets to the forefront. It’s a great way for the lyrics and stories to resonate.”

The first single “Window Seat” illuminates the nuances of her narration. Delicate beats and sonic flourishes underscore a vivid and emotionally charged portrait of moving on.

“It’s about going through the storms of life, accepting what’s ahead of you, and taking a window seat to get passed it,” she says. “I was envisioning this girl on a plane, looking out the window, seeing those clouds in the distance, and thinking, ‘I’m going through this by myself.’ You’re accepting who you are and the role you play on the planet in addition to bracing yourself for the next thing to come.”

Her voice echoes with a stirring sense of soul on “Arrows,” which details“a love story of two people who have to let each other go.” “Higher Urgency” hinges on a positive proclamation highlighted by robust vocals and infectious energy.Meanwhile, the unexpectedly upbeat “Maze” recalls an evening of reckless abandon over lush instrumentation.

“Making ‘Maze’helped me,” she admits. “You recognize you can’t get too out of hand. Any of us could go down that wrong path and become too far gone. Somehow, there’s always been a threshold that hasn’t allowed me to go any further when I have tested the limits, so to speak. The experience led me to‘Maze.’I think a lot of people can relate to it.”

In the end, Angel beckons you turn off the lights, close your eyes, and drift off to this music.

“I’m just trying be the best person I know how to be, embrace any and all flaws, and create to the best of my ability,” she leaves off. “I want to be in the moment. I want to use all of the gifts that I’ve been given and take advantage of them while I’m on this planet. That’s my goal.

Turning on the radio, computer, or television can seem like a gamble, at best. Each new tuning offers a deluge of anxieties to greet us. In the face of this 21st century tumult, Humming House is on a quest. They do not want to wish away the pain and fear all too real in our lives, but to put those elements in conversation with the elements that sustain us: hope, partnership, even joy. And so, their newest album begins with Tam’s unmistakable voice intoning, “I want to be your companion.” It’s an appropriate beginning for a band who has built itself on complex musicianship and careful collaboration. They know the value of hard work and compromise. Their music is evidence of the thrill of creativity.

Humming House is Justin Wade Tam, Bobby Chase, Joshua Wolak, and Benjamin Jones. The band formed organically out of jam sessions that Tam held in his living room in East Nashville—evidence that some of the best projects come from spontaneous collaboration and the subsequent seeing it through. Now, three albums and six years later, Humming House continues to embody what is best about the Nashville each transplant chooses to call home.

What Humming House does so well is paint sonic landscapes that are at once compelling and honest, even in the most rollicking of songs. Revelries, Humming House’s second full-length album released in 2015, was largely influenced by the band’s history of touring. Its songs revealed the power and revelations that come from travel. Companion, to be released by Soundly on the 6th of October 2017, continues to pursue that which transforms. In part, it is still movement, movement that comes easily to the body as well as movement driven by the unease we daily brush up against. What’s most powerful about Humming House is their ability to be present with you, to take those moments in life that seem mundane and shift the lens so that they are rendered extraordinary. Theirs is a music of presence.

Humming House maintains that sense of intimacy that derives from making music with friends altogether in the same room. It is fun combined with substance. With Tam’s sincerity, Jones’ groove, and Chase and Wolak’s charm, their live shows extend the invitation to participate. As Dustin Ogdin observes in No Depression, “Humming House exudes restraint and a wily intelligence. They never pander to their crowd, but do respect them. They also seem to understand that the best music comes from an exchange between artist and audience rather than simply one giving and the other receiving.”

These essential traits of Humming House are evident in Companion. The story of the album mirrors the story of the band: it’s one of collaboration, experimentation, and showing up for each other over and again. There are songs of hope and of desperation so that the prevailing mood is one of exchange and balance. In the spirit of experimentation, the band threw out the constraining rule that they would only write with acoustic instruments. While those sounds still center the creative impulses of the songs, the added electric experimentation and expanded instrumentation imbue the new songs with a dynamism that is irresistible. Tam notes that the “extremes of the record in emotion are wider on this album. There’s more desperation, but there’s also fun and an upbeat aspect that’s more joyous.” The first half of the album is infused with Indie Rock, especially in songs such as “Can’t Stay Away,” “Takin’ Over,” and “Make it Through.” The influence of quirky 90s rock, a la Cake, is there too. “Takin’ Over” adheres to the Humming House desire to move you and is emblematic of those moments in our lives where the rhythm of the things that we love: music, friends, family commandeer our bodies until we’re compelled to move in joy.

“Sign Me Up” and “Companion” nod to Paul Simon, while “Silver Lining,” “Find What Waits,” and “London” gesture to Humming House’s long engagement with classical composition and songwriter driven melodies so strong in the realm of Americana. The album isn’t all hip swinging bravado; halfway through, “Silver Lining” will stop and compel you to attend to the broken things that shape us. “Make it Through” and “Hope in My Head” are prisms to transform difficult days into livable ones. “I Want It All” does justice to the nostalgia and influence of a favorite album, while “Sign Me Up” conveys the increasing distance between our digital, urban lives and the ecosystems that sustain us.

“Wishing Well” is a late album gem. It opens with the observation, “Be patient with the ones you love / because we’re not here for long enough / to judge,” and so the song is an invitation to come to terms with our collective humanity, a difficult enough feat in the current torrid climate of politics, environmental concerns, and general unease. Thankfully, Humming House is dedicated to honest songwriting, attending to the complex interactions that shape us, and is committed to being present with us in their albums and live shows. What choice do we have but to respond? Theirs is a music that places us.