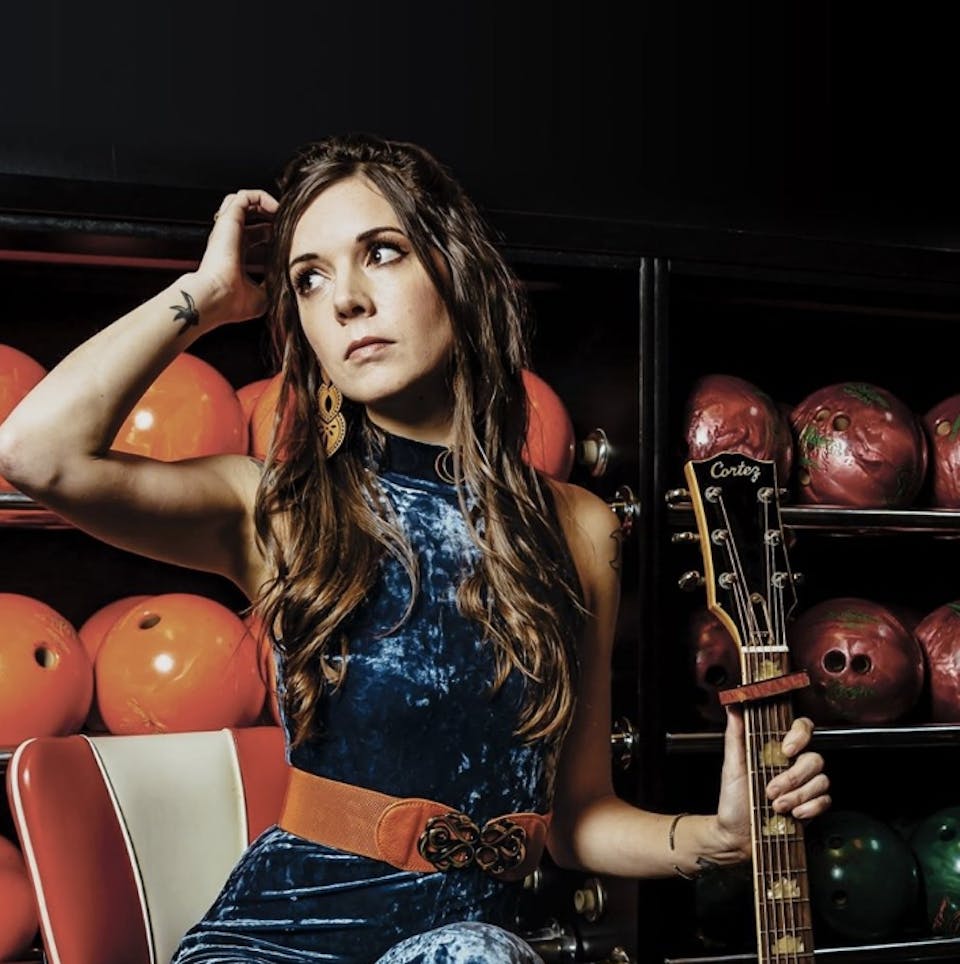 An Outside Official Album Release Show for Karen Jonas

Karen Jonas’ fifth album The Southwest Sky and Other Dreams is a flashback-fueled fever dream of Americana songcraft and storytelling. Taking the vast desert expanses of the American Southwest as her backdrop, Jonas embroiders small-town snapshots into vivid explorations of our inner struggle between ambition and inaction. The Virginia singer-songwriter’s most accomplished and evocative expression to date, The Southwest Sky and Other Dreams captures that aching space between romantic dreamstate and numb reality like few before. “It's amazing that our brains are capable of sustaining this whole existence of imagination … of these dreams and goals and ambitions,” mulled Jonas, chatting from her Fredericksburg home. “But sometimes that's enough. Because sometimes the action isn't really critical to get you through the day.”

Drawing from memories of love-struck travels around desert California in a converted Greyhound bus, and scribbled notes taken between tour stops in dusty West Texas, The Southwest Sky and Other Dreams overlays relatable characters and circumstances with the fathomless mystery of the human condition. Astonishingly articulate and atmospheric, it turns the desert’s dichotomous sense of endless space and counterintuitive claustrophobia – both actual and imagined – into a profoundly lucid metaphor that lingers long after its final notes. “I capture these faint ghosts of stories – some my own; some not,” said Jonas, poetic even in conversation. “Oil derricks peck on forever, little mosquitoes sucking the blood of the Earth … Watching with detachment the infiniteness of the land and the stories that seem to add up to nothing.”

On The Southwest Sky and Other Dreams, Jonas gathers 10 vignettes around central themes, their characters connected by throughlines of setting and circumstance. Whereas her previous albums were mostly recorded live, this time Jonas enjoyed the luxury of creating in her home studio with producer EP Jackson. “It made a huge difference for us to be able to expand ideas together without watching the clock and, in a practical sense, to sit with the tracks and dig into them for a really long time,” she explained. The Southwest Sky and Other Dreams also marked Jonas’ first recording with a settled, solid band, comprising longtime guitarist and musical partner Tim Bray alongside ‘The Seths’ (bassist Seth Morrissey and drummer Seth Brown). The result is her strongest songwriting to date enhanced with cultured, vivacious instrumentation that stays true to each song’s narrative. “I found that our arrangements were able to express a lot about each character’s mood … A little ‘spaghetti,’ but not too much,” offered Jonas. “I don’t pass a lot of judgment on my characters, and there are questions left about them all. I think that, sonically, we’re able to answer some of those questions.”

Album opener “The Last Cowboy (at the Bowling Alley)” recounts the beer-stained memories of a faded local hero years after all his friends moved on, while “Out In Palm Tree Paradise” recalls Jonas’ entrancement and ultimate disillusion while wandering the Mojave Desert with a beau. Harnessing her perennial influences – Joni Mitchell, Bob Dylan, Leonard Cohen, Paul Simon – and a newfound comfort with country music to an innate lyricism has spawned a record that subliminally explores weighty concepts through ostensibly everyday tales. “I've learned to take a lot more time and to be expansive with the songs, as I'm thinking of them,” she said. “And as we take them into the studio, to look for ways that they could grow.”

The sultry shuffle of “Pink Leather Boots” details a trucker daydreaming at a strip club (“He plans this whole existence for him and this girl, then gets in his truck and drives away”). “Farmer John” is the perpetual emotional sunset of a broken marriage punctuated by a wife’s empty threats. Imploring album standout “Maybe You’d Hear Me Then” paraphrases Jonas’ wonderfully wistful new albumin its first verse: “You’re working some nine-to-five/Making plans for some better life/The Southwestern sky and other dreams you’ll never find.”

“I like to pick characters and become obsessed with them: live with them and love with them until I can describe a minute of their life and it can tell you so much about them,” Jonas concluded. “That's a big part of my vision as a songwriter.”