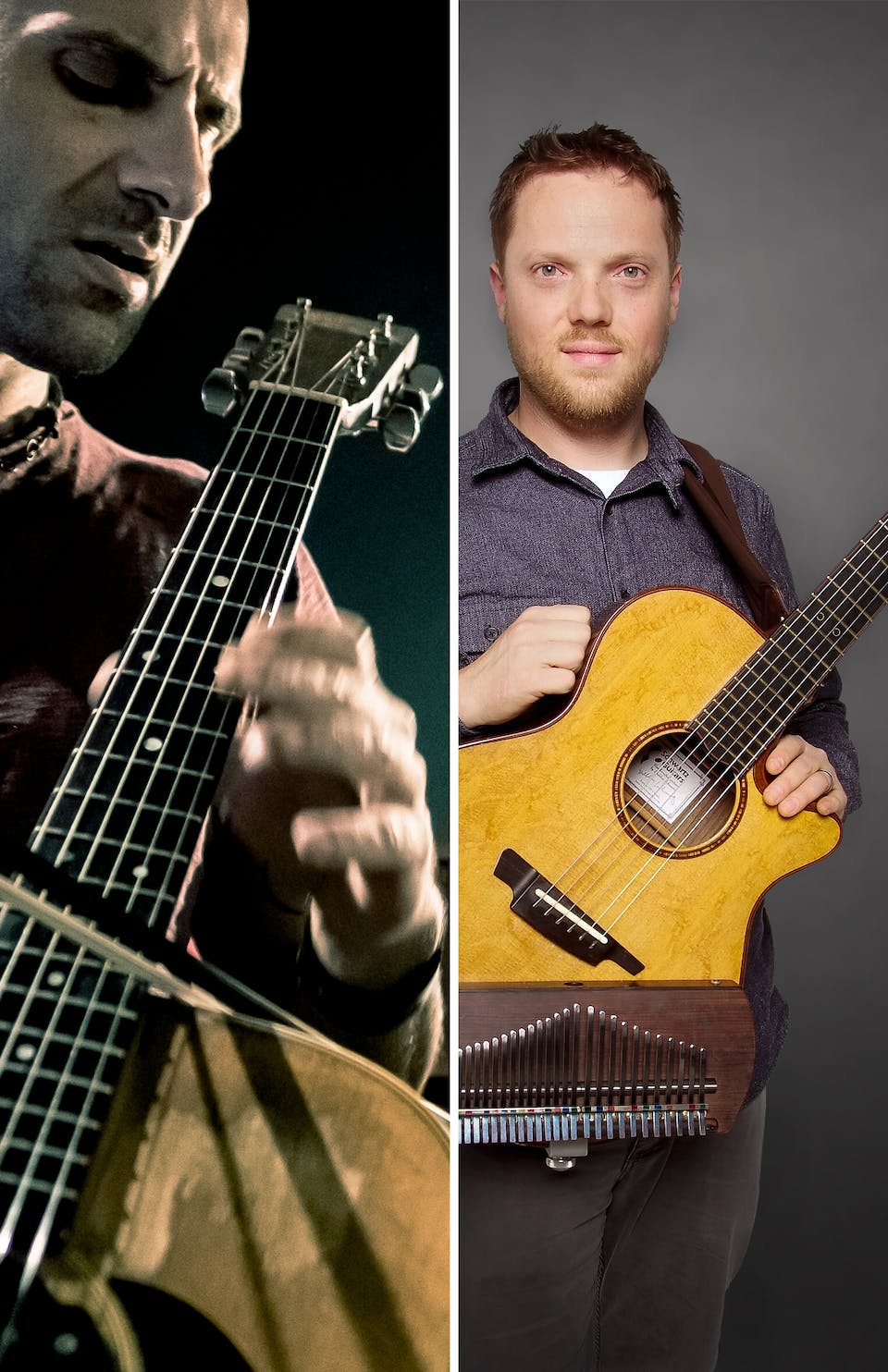 Rated one of the top 30 guitarists in the world under 30 years of age by Acoustic Guitar magazine, Trevor is an instrumentalist from Philadelphia USA whose style ranges from edgy driving rhythms to delicate melodic themes. Exploring the guitar’s full creative potential, his blending of sounds weave together textures into grand yet intimate and lyrical compositions. While leaving no physical aspect of the guitar untouched, Trevor navigates audiences through an igniting experience of music that isn’t just heard but felt. Aside from being featured on NPR, NBC, PBS and countless international media outlets, Trevor’s tour calendar has taken him to 14 countries and counting performing at many historic places including Carnegie Hall in NYC, Union Chapel in London, Music History Museum in Bologna, Adolfo Mejia Theater in Colombia, and more. He has also had the opportunity to share the stage with some of the most trusted and legendary names in the music business prompting high praise from John Mayer, Steve Miller, Graham Nash, Steve Hackett, Dar Williams, Will Ackerman, Pat Martino, Stanley Jordan, Phil Keaggy, Tommy Emmanuel, Andy McKee and more.

"...Beautiful work! It is so refreshing to hear a player take a whole new approach to the instrument..." - John Mayer (Grammy Winning Solo Artist)

"...In the genre of intriguing guitar players Trevor really stands out. His music is both soothing and challenging..."

"...Creative imagination resides, as well as flourishes within certain artists, and it certainly does so in Trevor Gordon Hall. Ingenuity is something that always causes surprise, and this gentleman's abilities are totally exceptional..."

“…a guitarist of substance. He can impress with the best of them, but he can beguile and reach you emotionally in a way which is supremely rare…stunning range stylistically while made cohesive by the power of Trevor’s artistic voice and vision..."

Born in Naples (Italy, 1978), he started playing music when he was very young. He studied piano at first but picked up the guitar quickly and did not let go. From blues to pop to rock, he went through different musical experiences until he moved to Rome in 2001 and decided to dedicate himself fully to solo acoustic guitar. When he first listened to Michael Hedges’s striking album Aerial Boundaries in 2003, he began studying modern acoustic guitar techniques and composition with Pino Forastiere, Sergio Altamura and Dominic Frasca.

He embraced contemporary music in general, in particular American minimalism composers such as Steve Reich and Philip Glass.

With his debut album particolare#uno (Candyrat Records, 2009), Barone has immediately gained the attention of both of the critics and the public. His music is the soundtrack of many contemporary ballets (Shadows), TV shows (BBC), documentaries (RAI, NATIONAL GEOGRAPHIC) and movies (Packard, Predator Pray by B. Kaufman).

Stefano has a masterful guitar technique and an extraordinary control of the electronic effects and devices used in many of his creations. He skillfully uses the devices and effects at his disposition creating great orchestration and harmony, a perfect balance between acoustic and electronic.

His last project “Alive” is the perfect fusion of his artistic path and growth through the years. He uses a cello-guitar, a 10 strings guitar, technology effects and computer programming, blending it all into a togetherness of Stefano at best.

He has performed in Italy, United States, Canada, Germany, Portugal, Panama, Turkey, Switzerland, Latvia, Poland, Russia, Norway and the UK. He is schedule to perform in Japan between 2019/2020.