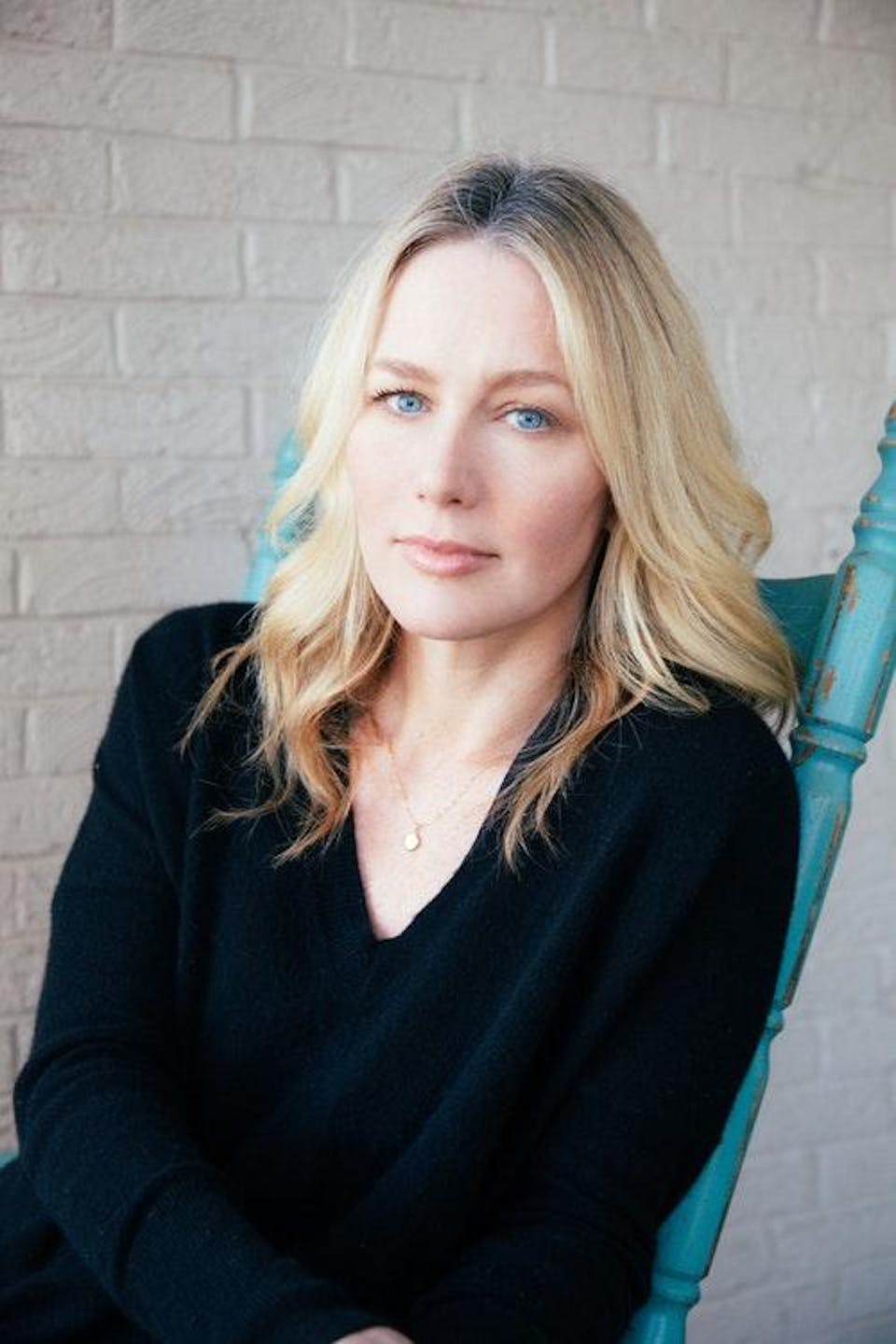 • All tickets include a free copy of Blood 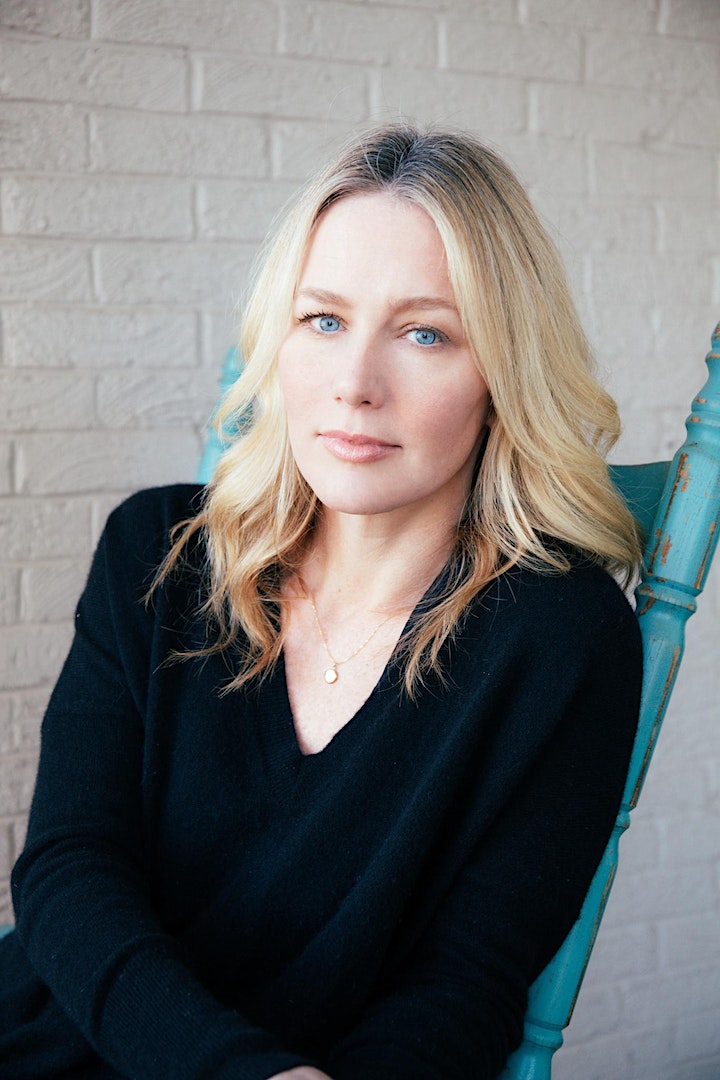 “Blood,” is singer-songwriter Allison Moorer’s first memoir, which was released on October 29, 2019.

"Beautiful, heart-wrenching… Moorer’s masterful, comforting storytelling may serve as solace for those who’ve faced abuse, a signal for those in it to get out, and an eye-opener for others.” —Publisher’s Weekly

Join her and Melissa Block for a conversation about the book, followed by a special solo acoustic performance of a selection of songs from the accompanying album, also titled “Blood,” which features her first original songs since 2015. The performance will be followed by a meet and greet and book signing for audience members.

Why do I carry what isn’t mine

Can I take the good and leave the rest behind

Can I let go and watch it all unwind

Can I untie the ties that bind

When Allison Moorer wrote Blood, she never intended to make a companion record. Having received a Masters of Fine Arts in Writing from NYC’s New School in 2017, the Alabama-born songwriter who’d spent ten albums plumbing the complexities of human interactions and emotions realized with her new tools, there might be songs.

What emerged was more than songs. Blood may well be the best record of the Oscar-, Grammy- and Americana Music Awards nominee’s career. Stark, haunted, emerging, often just guitar and voice, Moorer and producer Kenny Greenberg crafted a meditation on the meaning of family, trauma, love, bonds and finding one’s way to the surface.

“I’ve been playing the see me/don’t see me game for 20 years,” she says in a voice like soft combed cotton. “And it’s always been an uneasy relationship. It’s been a difficult thing for me as an artist, and I’m not completely sure why. I thought when I wrote ‘Cold, Cold Earth,’ I was answering all the questions; but I’m not John Prine, I couldn’t do that in three verses.”

“Cold, Cold Earth,” the second track on Blood, first appeared as a hidden track on Moorer’s sophomore The Hardest Part. Even then, the copper blond was playing hide-and-seek with the inevitable. Sighing, she says, “Every publicist asked every writer not to ask. They all did anyway. So, I was giving journalists what I thought they wanted... The Hardest Part was loosely based on my parents’ relationship.

“In 1999, I’d scribbled down in my notebook three verses and a coda, summing up the details. My then husband found it riffling through my things, because he was that kind of guy, and said I should include it. He was ultimately right, but I was 25, and I didn’t have the skills to do it properly. All I’d done was document the details.”

Now a twice-divorcee, mother to John Henry, essayist/blogger, off-Broadway veteran with “Rebel Voices,” the stage adaptation of Howard Zinn’s acclaimed Voices of a People’s History of The United States and wife to Americana mainstay Hayes Carll, Moorer has more life and “learnin’,” as she calls it, to master her craft. The more she turned over the stories of what happened, the more dynamics the recently returned to Nashville songstress recognized. Upon revisiting “Cold, Cold Earth,” she understood the depths of what happened in a more grown up way.

“Just because my Daddy made the choice that he did,” she offers, “doesn’t mean he wasn’t worthy of compassion, consideration and contemplation, you know? He is worthy. I made my Mama the hero. I needed to do that, and she is absolutely for so many reasons, as is my sister. They all deserve that. And he deserves credit... understanding... recognition... compassion... and love.”

For those who are not aware, Allison Moorer and her sister Shelby Lynne are survivors. After a turbulent marriage, their mother took the girls and moved into a home away from a charismatic, if troubled man who tried to get a foothold as a songwriter, couldn’t make his way and ultimately, murdered their mother then turned the gun on himself in the pre-dawn hours.

“He was remorseful in 1967, when he wrote ‘I’m The One To Blame’ before my sister was even born,” Moorer explains. “My parents had a story between them. My sister and I were bit players. In my mind, they were Olympian in their beauty, their love of life and embrace of it. That he wrote songs is huge to me, that he was a musician... and my Mama created beauty so easily wherever she was, whether she was sewing, or singing, or cooking, or sparkling. That is a big part of their story, as much as what happened, and I’d be absolutely full of shame if I felt I didn’t do (all that) justice.”

Justice – and her work as an important literary voice – are well served here. Moving through time (present, past, past present) and characters (her mother, her father, her child self), Moorer explores the voices, hearts and perspectives that colored everything that happened – and the struggle she’s been immersed in ever since.

“It was important to make this record with Kenny Greenberg,” she says of the rock/roots guitarist/producer, “because he’s been there since the beginning. I trusted him, and knew he understood. He understood me, my story, my voice, my fears and especially my will to do the right thing by these songs. I couldn’t have done this with anybody else.”

Intimacy makes Blood the whispered truth shared only in the safest place. But it also allows the listener the space to hear, feel and take in the Southern gothic truth and transcend conventional readings. What emerges, beyond the black and white facts, is how love binds like kudzu.

“It’s sparse because I didn’t have any money,” jokes the woman who writes “can’t exactly say we’re on the upswing” in the Mama’s voiced “The Rock and the Hill” swamp boogie. “But the truth is more practical: I didn’t know if it worked with a whole lot of stuff. The songs were good enough, Kenny and I figured we should let them breathe, because (these songs) are really me looking at this.”

Whether the whispered “Nightlight,” sung by a scared child to her sister, her father’s entreaty “Set My Soul Free,” the grown-up power-strummed admission “All I Wanted (thanks anyway)” or the powerfully emergent self-recognition of the piano-anchored closer “Heal,” (written with Mary Gauthier) it’s revelatory to watch someone peel away the layers of defense and the brave face previously shown to the world. Even “Cold, Cold Earth,” given an almost graveside sorrow and dignity, offers a deeper sense of how this grief feels.

“As a singer, I’ve been through a lot of stages. I grew up in a house where you had to sing loud to be heard. When I sing now, there’s a quality of just letting go. Whereas before I was more studied and calculated, I’ve grown into my voice. I don’t even think about it anymore. When I open my mouth to sing now, everything besides emotion is an afterthought – the voice knows where to go.”

The fingerpicked, softly floating “Blood,” epitomizes the legacy and the breaking through the obvious as well as the unseen damage. “(A lot of this) deals with the idea of inheritance, why am I saddled with someone else’s crap? That’s the thing about all of this: I have no idea how far it goes back. I can look at everything; I can work to understand, to ask every question, to consider every perspective, but you can never really know. Somewhere, though, you believe you’ve done the best you could.

If she never intended to make this record, somehow it’s here. Singing, “Lord knows you made a mess of me,” she is nobody’s victim any more. Yes, it happened, and finally, really, it is all over. In her recognition of the things that happened, we are all the richer.

“It’s taken a lifetime. I am 47 years old. But I also know you keep telling the story until the story is told,” she begins. “For whatever reason, maybe this one is too big for one art form. Maybe I need the music, the lyric and what’s not said and the book form to understand what happened, to show those things that aren’t easily revealed.

“This isn’t only a companion piece. It stands alone in its own way, shows and says things beyond words. To me, it’s all part of it, and it’s also unto itself. It took a long time to get here, but now, it’s told.”

From the moody, minor-keyed opener “Bad Weather,” which finds a grown Moorer wrestling a familiar misgiving, she melts time to return to the reportage of “Cold, Cold Earth.” For an album that’s as much a reckoning with ghosts as it is an awakening of self-compassion, Blood offers insight for us all.

Economical, ethereal, yet firmly on the ground, Blood is hopeful in its starkness and shines light on the darkness. Having spent a career finding places to hide in the spotlight, she emerges without armor, stronger and freer than ever. 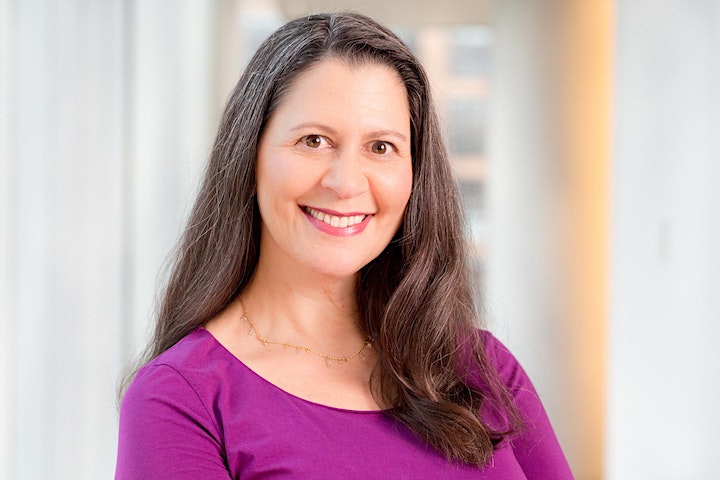 As special correspondent and guest host of NPR's news programs, Melissa Block brings her signature combination of warmth and incisive reporting. Her work over the decades has earned her journalism's highest honors, and has made her one of NPR's most familiar and beloved voices.

As co-host of All Things Considered from 2003 to 2015, Block's reporting took her everywhere from the Mississippi Gulf Coast in the aftermath of Hurricane Katrina to the heart of Rio de Janeiro; from rural Mozambique to the farthest reaches of Alaska.

Her riveting reporting from Sichuan, China, during and after the massive earthquake in 2008 brought the tragedy home to millions of listeners around the world. At the moment the earthquake hit, Block had the presence of mind to record a gripping, real-time narration of the seismic upheaval she was witnessing. Her long-form story about a desperate couple searching in the rubble for their toddler son was singled out by judges who awarded NPR's earthquake coverage the top honors in broadcast journalism: the George Foster Peabody Award, duPont-Columbia Award, Edward R. Murrow Award, National Headliner Award, and the Society of Professional Journalists' Sigma Delta Chi Award.

Now, as special correspondent, Block continues to engage both the heart and the mind with her reporting on issues from gun violence to adult illiteracy to opioid addiction.

In 2017, she traveled the country for the series "Our Land," visiting a wide range of communities to explore how our identity is shaped by where we live. For that series, she paddled along the Mississippi River, went in search of salmon off the Alaska coast, and accompanied an immigrant family as they became U.S. citizens. Her story about the legacy of the Chinese community in the Mississippi Delta earned her a James Beard Award in 2018.

Block is the recipient of the 2019 Murrow Lifetime Achievement Award in Journalism, awarded by the Edward R. Murrow College of Communication at Washington State University.

Block began her career at NPR in 1985 as an editorial assistant for All Things Considered, and rose through the ranks to become the program's senior producer.

She was a reporter and correspondent in New York from 1994 to 2002, a period punctuated by the terrorist attacks of Sept. 11. Her reporting after those attacks helped earn NPR a George Foster Peabody Award. Block's reporting on rape as a weapon of war in Kosovo was cited by the Overseas Press Club of America in awarding NPR the Lowell Thomas Award in 1999.

Block is a 1983 graduate of Harvard University and spent the following year on a Fulbright fellowship in Geneva, Switzerland. She lives in Washington, DC, with her husband — writer Stefan Fatsis — and their daughter.