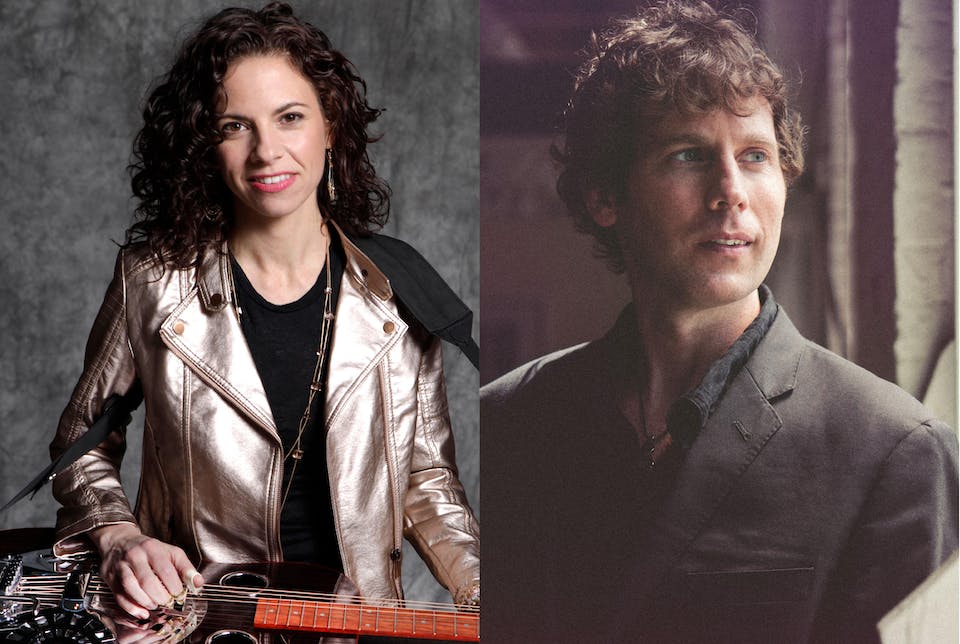 Abbie Gardner is a fiery dobro player with an infectious smile. Whether performing solo or with Red Molly, her acclaimed tales of love and loss, both gritty and sweet, are propelled by her impeccable slide guitar playing. Solo performances feature truly unique use of the dobro as a solo instrument, bouncing between a solid rhythmic backbone and ripping lead lines, all in support of her voice and songs. An award-winning songwriter, Abbie's solo tour highlights include Falcon Ridge, Clearwater, VA Arts Festival, The Kate, Freight & Salvage, Uncle Calvin’s, The Spire and opening for Martina McBride. No Depression says she displays “uncommon versatility” on her latest CD Wishes on a Neon Sign (released January 2018). The recording features 12 original songs and a co-write with Chris Stapleton. WFUV's John Platt raves, “she’s not only a first-rate Dobro player, but a songwriter to be reckoned with."

A true musical journeyman, New England-based singer/songwriter Jesse Terry has made it his mission to share his love of music fully and completely, without regard for shading his emotions or tempering his convictions. The ability to create a connection, to bare his soul and express his feelings through his songs has been the defining thread in a career that began in 2010 and has spawned five albums and numerous EPs. A career that has seen Terry play over a thousand shows around the world, including such notable festivals as Bonnaroo, 30A Songwriters Festival, Philadelphia Folk Festival and the Americana Music Association’s AmericanaFest, and collaborations with Dar Williams, Cary Ann Hearst of Shovels & Rope, Liz Longley, Kim Richey, Erin Rae and Sarah Darling.

"this is music to revel in, so just revel till the starlight fades." Nick West / RnR Magazine