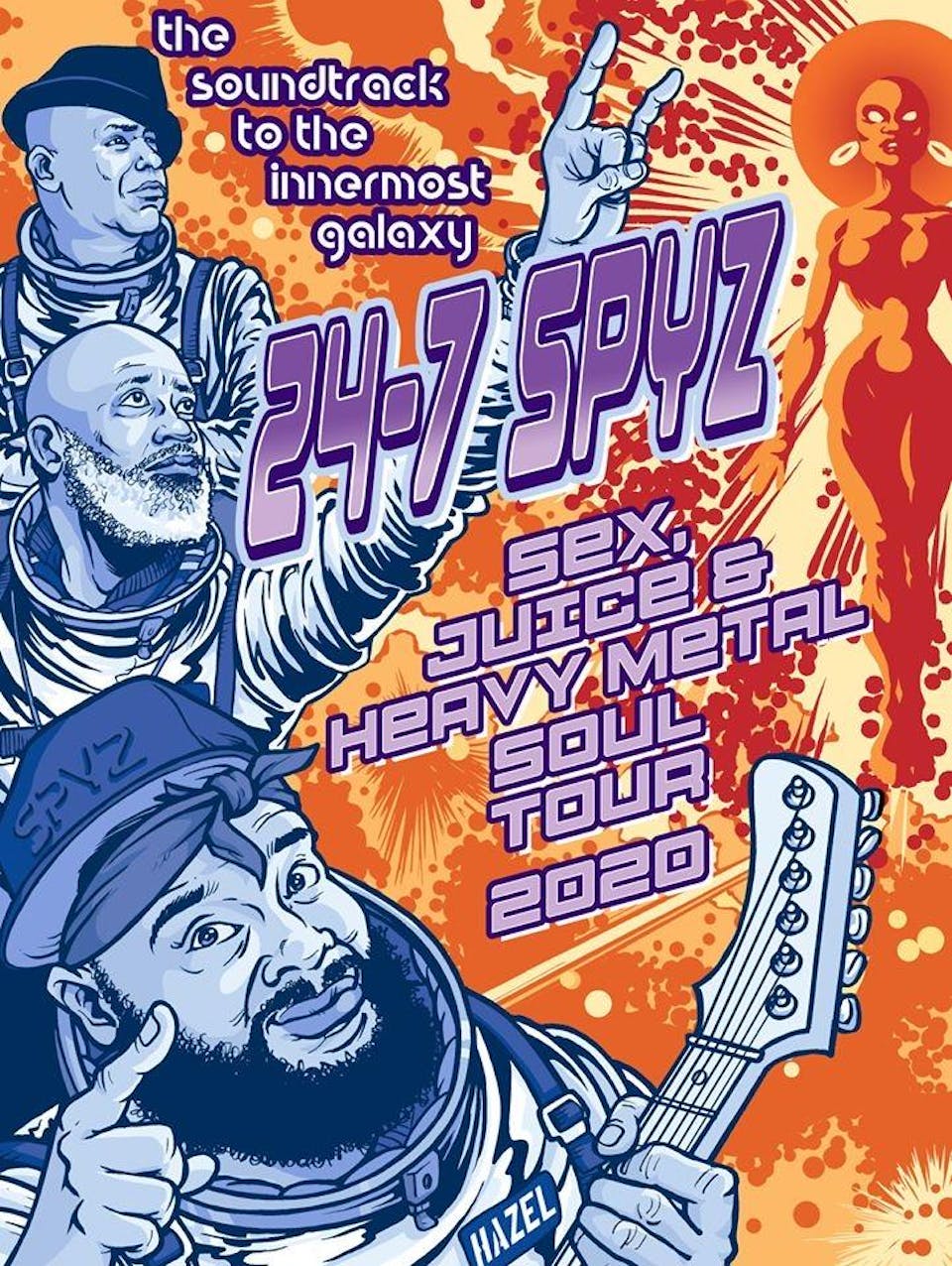 Rolling Stone Magazine said it best when it referred to 24-7 Spyz new album The Soundtrack to the Innermost Galaxy as “a musical ride that keeps on giving something new”.

Yes, 24-7 Spyz are back with their first album in over 13 years and an ambitious tour schedule that includes dates in both the US and Europe.

Formed in South Bronx, NY in 1986, the band is best known for mixing R&B, soul, funk and reggae with heavy metal and hardcore punk. The fact that they are African Americans playing variations of heavy metal led critics to compare them to bands such as Living Colour, Fishbone, and Bad Brains. They were early pioneers in the fusion of these particular music styles, influencing many artists and finding their own commercial success along the way. In the midst of creating music that was true to themselves, 24-7 Spyz also helped to shatter the stereotypes and dispel the myth that "Black Bands Don't Rock" by releasing eight groundbreaking albums.

In late 2018, the crew returned to the studio to record The Soundtrack to the Innermost Galaxy full length album with plans to release it to their fans through Pledge Music. Unfortunately, the band was never made aware of the financial problems that Pledge was experiencing behind the scenes until it was too late, ultimately grounding the release of the record and sending the band scrambling to find a new way to get the new music the public. 24-7 did all they could do at that point and self-released with very little publicity. “It was a nightmare, stated Jimi Hazel, we couldn’t believe it when Pledge closed their doors right in the middle of our release. It set us back months.”

In October of 2019, 24-7 signed a management deal with Los Angeles based, Angel City Artist Management allowing them to hit the restart button and implement their aggressive come back plan. The group will begin a US tour in late April and play Europe in the mid-summer months. “ We are super excited, state Hazel. I finally feel like we are back on track and ready to rock!”